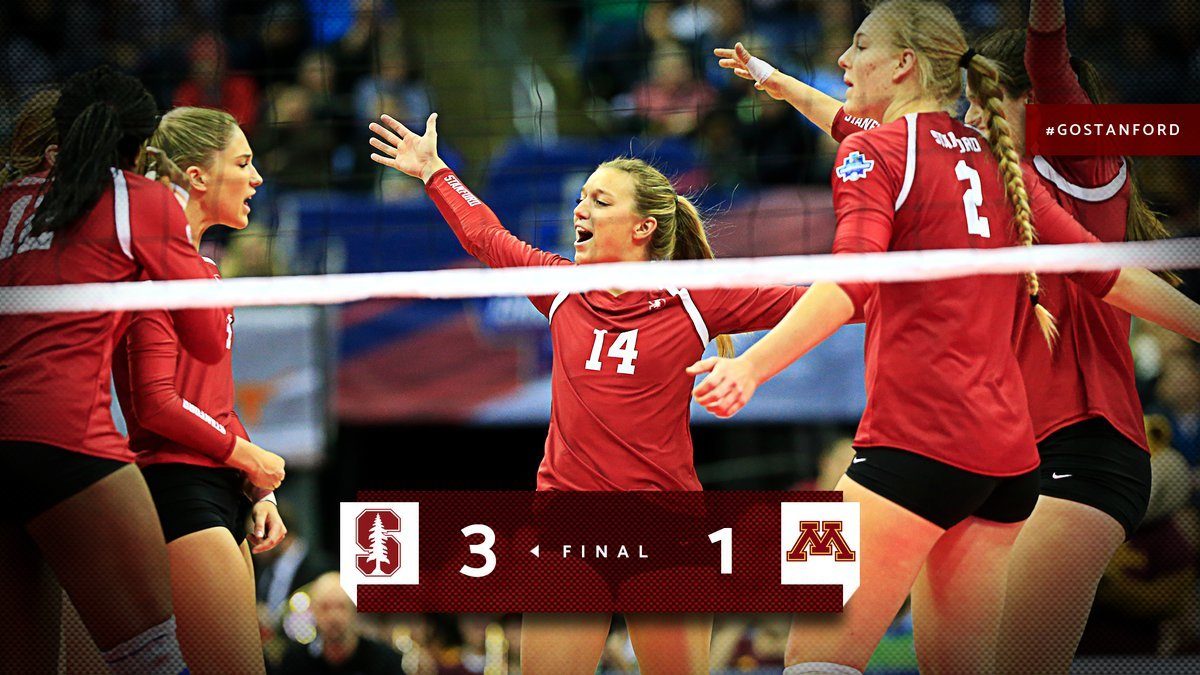 THE CARDINAL WILL PLAY FOR IT ALL!

This is Stanford’s 15th appearance in a national championship game, this year they’re also boasting the youngest team ever to advance into the national finals this year.

Both teams seemed to struggle in the beginning of the match-up, with both the Gophers and the Cardinals having trouble with passing and setting.

Gopher Sarah Wilhite, ESPNW Volleyball Player of the Year, had 10 kills in the first set, but took 24 attempts to get there.

Stanford put its 3” height advantage to good use, with freshman Morgan Hentz at the net blocking everything the Gophers tried to put away. Inky Ajanaku put away 7 kills on just 9 attempts in the first set.

Minnesota continued to struggle with cross-court hitting but started to adjust their game, taking the third set.

Jenna Gray, Stanford’s 6’1” setter, claimed a lot of early blocks in her position. The Gophers adjusted their play, hitting off the block and setting lower to counteract the Stanford size with a much quicker tempo.

Minnesota had a 5-point lead in the fourth set but couldn’t hold onto the momentum and let Stanford catch up and take over.

Stanford coach John Dunning was named the AVCA Volleyball Coach of the Year after the match.

Stanford will now face the winner of Texas v Nebraska in the Finals, and the opponent will be determined late Thursday evening. The Championship game is set for Saturday, Dec. 17 at 9 p.m. and will be aired on ESPN2.