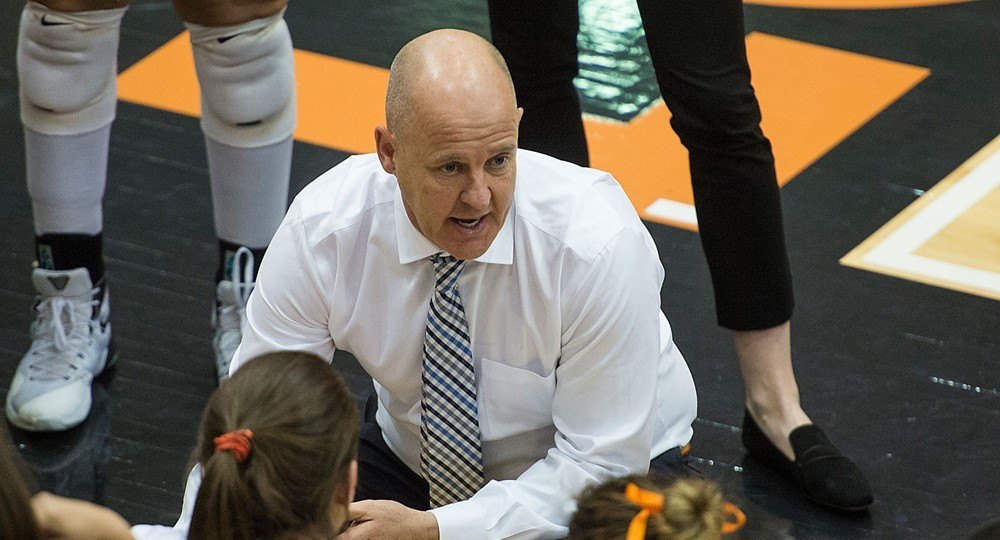 “It’s another game,” Elliott said of his milestone victory. “I wasn’t aware of it, it means that I have a job still and that’s my most important thing. I don’t really care about the wins for me personally, its more about developing the team and trying to do what we need to do, but it’s always nice and I hope I get a couple hundred more here at Texas.”

Texas put together a video in honor of Elliott’s landmark victory, and even got moments with Longhorn greats of the past to talk about his impact.

Last night, Coach Elliott reached 400 wins in his Texas career. Some of his alums from around the world wanted to share their words of congratulations, starting with @katbrooks6 (2012-16)

Words of congratulations from @amyeneal from Fort Worth

@mollymccage with her congrats from Germany!

As a team, the Longhorns held a .449 hitting percentage with 56 kills on 98 swings. Texas held Kansas State to a .195 clip, marking the ninth time in the past 10 matches the Horns have contained their opponent to below the .200 mark.

Both teams struggled from the service line to open the match, but a 5-1 Texas run forced a Kansas State timeout with the Longhorns holding an 11-5 edge. The Horns never looked back, and three-straight kills from Prieto-Cerame sealed the opening set for Texas, 25-10, marking the fewest points the Longhorns have allowed in a set in the Big 12 season.

The Horns continued to push ahead in the second, jumping out on a 10-3 stretch in the start of the second stanza. Texas never let Kansas State within seven points of the lead, and the Longhorns used a .714 clip to close the set, 25-15.

The Wildcats found some momentum in the third set, putting up the equalizer three times before taking their first lead of the night, 8-7, after two consecutive double blocks. Kansas State continued to drive forward, avoiding the sweep shutout and winning the third, 25-20.

After tying things at seven, Texas used a 7-0 rally in the heart of the set to jump out to a 20-9 lead. The Wildcats put up a last-chance effort, fending off three match points, but it wasn’t enough as the Longhorn closed the set and match, 25-17.

Texas will continue its homestead stay against West Virginia next Saturday, Nov. 26. The opening serve is scheduled for 1 p.m. and the game will be carried live on Longhorn Network. Seniors Nicole Dalton, Chloe Collins, Paulina Prieto Cerame and Kate Palladino will be honored after the match.

On his 400th win at UT: It’s another game. I wasn’t aware of it, it means that I have a job still and that’s my most important thing. I don’t really care about the wins for me personally, its more about developing the team and trying to do what we need to do, but it’s always nice and I hope I get a couple hundred more here at Texas.

On the team’s play in recent games: I think we’re playing our best volleyball right now in these last two matches. When you look at the first two games and we’re 24 out of 26 sideout percentage, it’s really good, so for us. It’s about keeping our confidence and really just locking in for longer periods of time. We just took a little break from the defensive side in game three and that can’t happen. I think the team’s energy is good, I think they’re chemistry is good, I think they’re self-talk and looking to each other is a lot better right now. Our passing is the best it has been. When we’re good we’re really good and I think our touches are starting to get a lot better defensively. I think we’re starting to play some really good defense and I like what I’m seeing right now.

On blocking: Our coaches are constantly on us about taking care of our individual jobs and staying on each other. Staying focused has been the biggest thing in us being able to do it.

On practices: We start noticing at practices where we’re not having that urgency. We need to just put more priority on every touch that we have, especially going into the tournament. We just need to make sure we’re focused and bring that into the game.

K-State (19-9, 8-7) responded with an efficient third-set victory to force a fourth set but were unable to overcome the deficit. Texas extended its winning streak over K-State to 27 matches.

Senior outside hitter Brooke Sassin paced all Wildcats for the eighth time in the last 10 matches with a dozen kills while senior middle blocker Katie Reininger added 10 kills.

Texas held K-State to its lowest scoring output in a single set this season as it claimed the opening set, 25-10. The Longhorns scored the final eight points as part of a 12-2 run to end the set. K-State committed more attacking errors (8) than it had kills (7) for a negative efficiency and never led in the game. Texas produced just one error in the set on its way to hitting .444 (13k-1e-27ta).

In the second set, only once was K-State able to win consecutive points. UT jumped out quickly as it scored eight of the set’s first 10 points. For the second consecutive set, Texas committed only one attacking error, hitting .714 (16k-1e-21ta) while K-State hit .161 (11k-6e-31ta).

The Cats flipped the script in the third set as they only committed one team attacking error and hit .586 (18l-1e-29ta), their highest single-set output of the match. Texas scored the set’s first three points but the Wildcats were able to claw back and take their first lead of the match at 8-7. From there, they never relinquished the lead and took the set, 25-20. Sassin collected seven kills in the set to lead K-State.

Tied at seven in the fourth set, Texas went on another 12-2 run, including a run of seven straight points, to open up a 19-9 lead. The Cats fought off three match points before falling, 25-17.

Texas hit better than .400 in three of the four sets while K-State hit higher than .200 in just one set. The Longhorns posted 13.0 team blocks compared to the Cats’ 5.0.

A trio of Longhorns finished in double-figure kills – Paulina Prieto Cerame (17), Micaya White (15) and Ebony Nwanebu (10) – while four players with at least 10 attempts hit better than .350.

Junior Bryna Vogel led the Wildcats with seven digs. K-State recorded a season-low 28 digs, 10 fewer than the previous low of 38 (vs. Wisconsin).

Kansas State comes home Saturday for its final match of the season at Ahearn Field House against Texas Tech. First serve is slated for 6 p.m., with a post-match ceremony honoring the six-member senior class. The match will be broadcast nationally on K-StateHD.TV with Brian Smoller and Liz Wegner-Busch on the call. Fans can listen to Rob Voelker call the match on local radio on 1350 KMAN and at k-statesports.com.