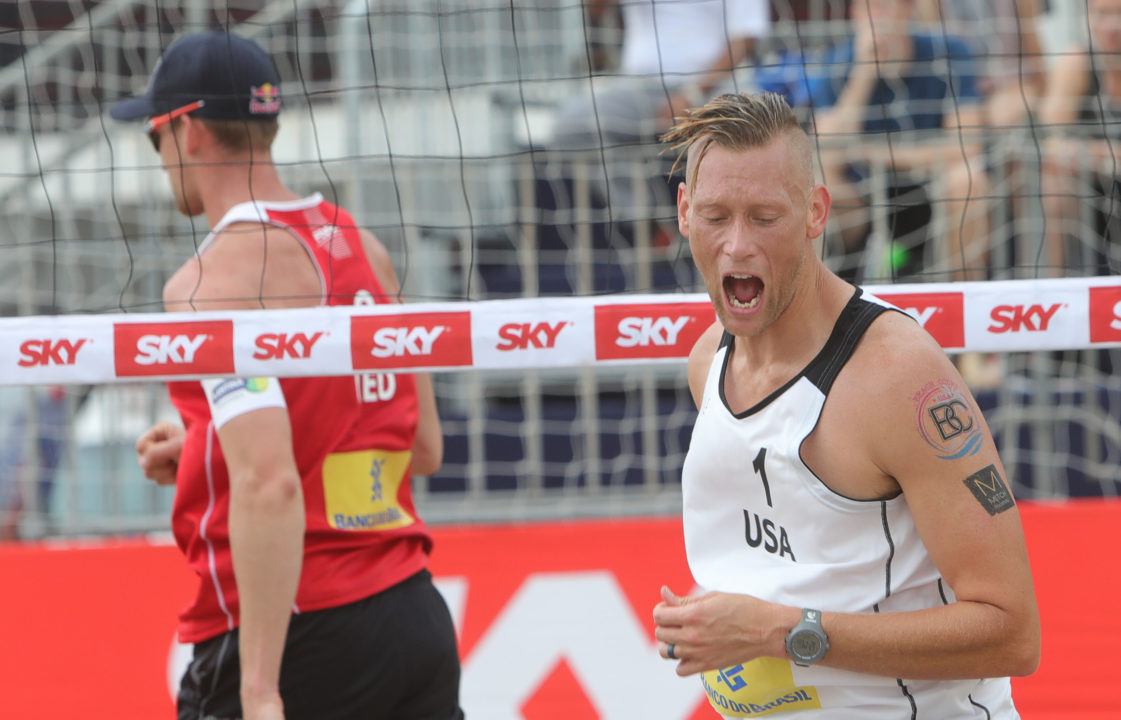 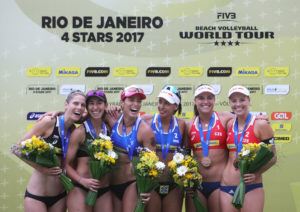 4 different nations will be represented on Saturday afternoon in the men’s draw of the 2017 Rio Open, with neither the Americans nor the Brazilians able to advance more than one of their multiple quarterfinal pairs in the morning rounds.

Americans Brunner/Patterson beat Olympic bronze medalists Brouwer/Meeuwsen 2-1 (18-21, 28-26, 15-13) to advance to the semi-finals as well. They were the only one of 3 American pairs in the quarterfinals: Hyden/Doherty were swept 2-0 by Poland’s Losiak/Kantor; and Olympic champions Alison/Bruno Schmidt beat Taylor Crabb/Gibb in the same manner.

"In the World Tour, we play against Olympic caliber teams" – Brunner/Patterson ?? talk about the win vs @BrouwerMeeuwsen and the semifinal pic.twitter.com/69DsBUTyH2