This Week in the Missouri Valley Conference 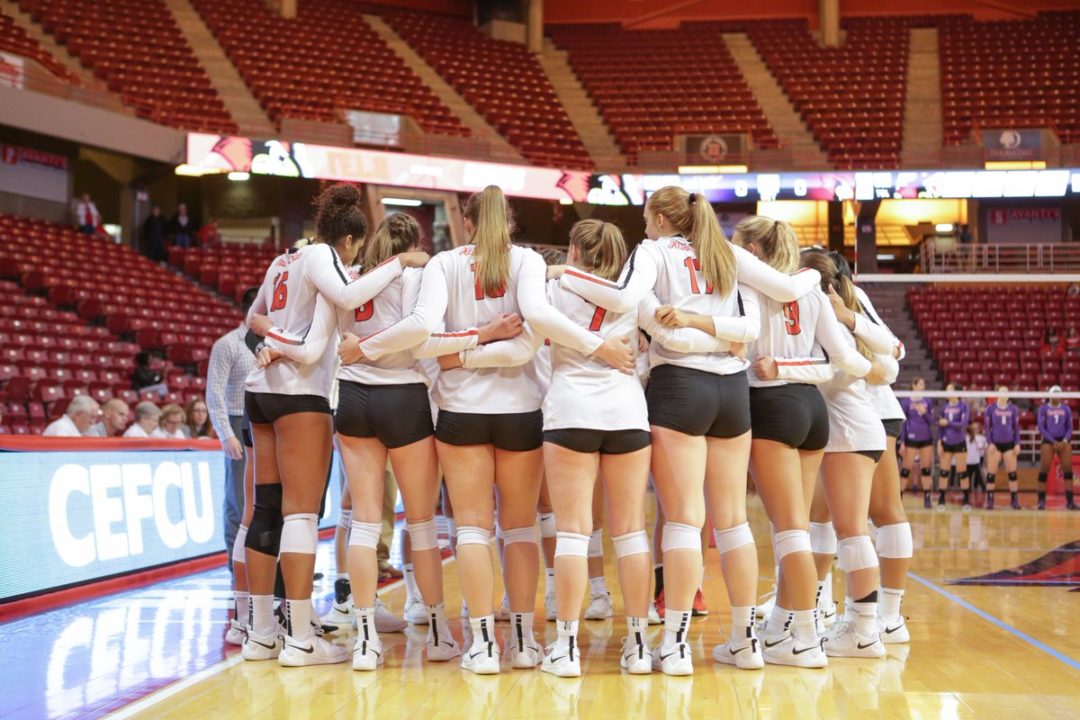 A big match-up is coming up this weekend between Illinois State and UNI at Redbird Arena. Both teams will face Drake and Bradley, respectively, on Friday night before a 7 p.m. showdown on Saturday.  Current Photo via Illinois State Athletics

#25 UNI and Illinois State have each secured a spot in the six-team MVC Volleyball Tournament which will be held at Missouri State November 22-24. Bradley, Valparaiso, Loyola and Missouri State currently occupy the final four spots in the tournament race with three weeks remaining during the regular season.

Perfection in League Play
#25 UNI remains unbeaten in MVC action after another perfect week of league play, sitting at 12-0. The last time UNI opened MVC play 12-0, they went on to finish 18-0 in league play in 2011, which was the program’s third straight 18-0 MVC campaign.

League Leaders
UNI’s 12-0 league start matches seven others who have started with 12 or more consecutive league wins in 2018. 15 NCAA teams are still unbeaten in their respective leagues (through Oct. 28).

20-20 Vision
Illinois State is sitting at 20-5 overall and is currently riding an eight-match win streak. The last time the Redbirds held a similar record at this point in their season was in 2014, when Illinois State was 20-5 through its first 25 matches, before finishing the season 27-6. Prior to the 2014 campaign, the Redbirds’ best start in their first 25 matches dates back to the 1992 season, when Illinois State was sitting at 22-3 and finished the year with a 30-4 mark.

Battle of the Best
A big match-up is coming up this weekend between Illinois State and UNI at Redbird Arena. Both teams will face Drake and Bradley, respectively, on Friday night before a 7 p.m. showdown on Saturday. Both the Panthers and the Redbirds are sitting at No. 1 and No. 2, respectively, in the Valley standings, and a win by Illinois State on Saturday could potentially move the Redbirds a half of a game ahead of UNI – as long as both teams secure a win on Friday evening. UNI holds a 52-26 series edge over the Redbirds, as Illinois State is just 3-7 in its last 10 meetings at home against the Panthers, dating back to the 2009 season.

Big Turnaround
Bradley and Loyola are two of just three teams in the country to have a nine-win improvement from last year through matches of Oct. 28.  Joining the Braves and Ramblers in the exclusive group is Stetson (+10).

Small Company
Only five times in Valley history has a team finished last in the standings the previous year make the MVC Tournament the following season.  Bradley is looking to become the first team since Southern Illinois in 2012 to accomplish the feat.

NCAA RPI Report
The latest edition of the NCAA RPI report has been released and The Valley has three teams featured in the top-65. UNI leads the league at No. 15, while Illinois State (No. 41), and Valparaiso (No. 62) are also among the nation’s top-65.  Four other teams rank in the Top 130 (Loyola, Drake, Bradley and Missouri State). As a conference, The Valley ranks eighth among 32 conferences.

Senior CLASS Award Finalist
Illinois State’s Courtney Pence has been named a finalist for the 2018 Senior CLASS Award. Pence is among 10 NCAA Division I candidates in volleyball for the award which recognizes notable achievements in four areas of excellence – community, classroom, character and competition.