This Week in The WAC 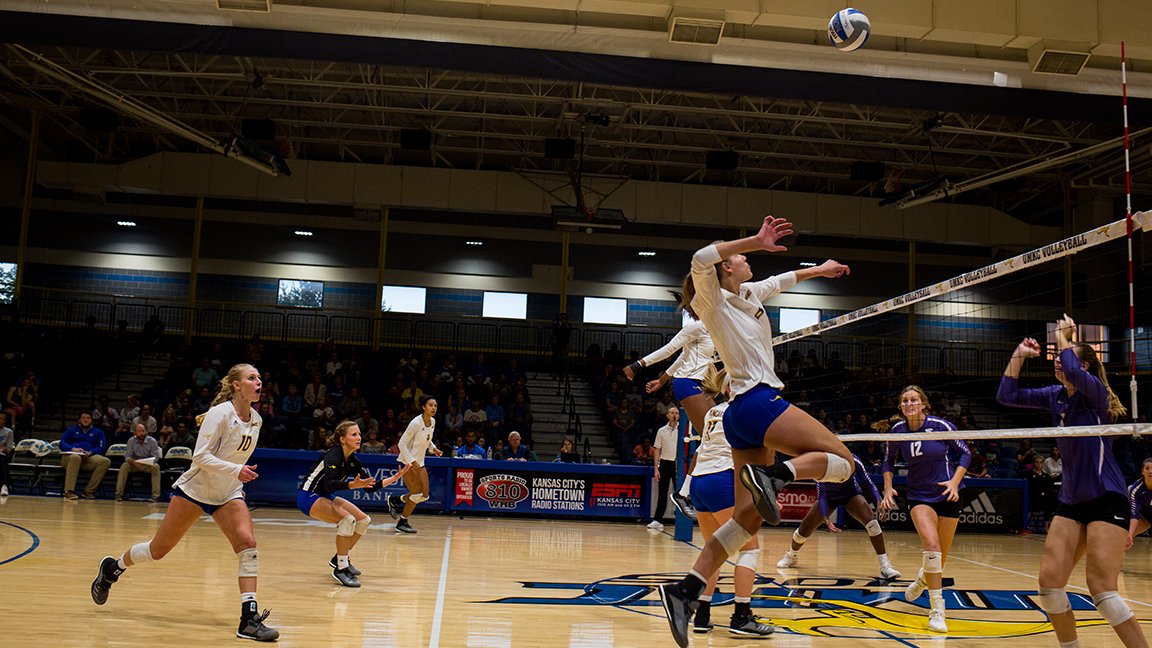 League hitting percentage leader Tyrecia Lukes and her top hitting UMKC squad face off with Utah Valley and Seattle U to highlight Week 11 play in the WAC. The Kangaroos are half a game back of UTRGV in the league standings.  Current Photo via UMKC Athletics

With 607 digs this season, Chicago State’s Megan Klavitter moved into the WAC Top 10 for digs in a season and currently ranks eighth, two shy of seventh place. With a minimum of four matches remaining, at her current pace she would finish the season with 691 digs, which would break the all-time WAC record of 676 set by San Jose State’s Jessie Shull in 2006. Additionally, Klavitter’s career total of 1,445 digs ranks eighth in WAC history, 23 shy of seventh and 25 away from sixth.

Kansas City has now posted 18 wins this season, the third-most victories in school history. The team needs two wins to tie the 1999 team, which went 20-14. In 2014, the Roos won a program-record 24 matches.

CSU Bakersfield currently ranks 10th in program Division I history with 145 service aces this season. The ‘Runners are three shy of ninth place.

With a three-set sweep at California Baptist and a thrilling come-from-behind five-set victory over NM State last week, Utah Valley has now knocked off the top-ranked team in the conference standings twice on the year, as well as defeated the three-time defending league champion NM State Aggies. The Wolverines previously defeated then first-place UT Rio Grande Valley in four sets at home on Oct. 11 and followed that up by knocking off then first-place CBU on Nov. 1 in straight sets. UVU then capped its stellar week by recording a 3-2 come-from-behind home victory over reigning conference champs and preseason favorite Aggies.

As a squad, CSU Bakersfield recorded 97 digs in its match at Chicago State on Nov. 3. It was the most in Bakersfield’s Division I history for a four-set match.

Freshman outside hitter Kazna Tarawhiti became just the sixth player in Utah Valley’s NCAA Division I history to surpass 400 kills in a season on Nov. 3 against NM State, as she now has a total of 413 during her true freshman campaign. The 413 kills not only leads the WAC on the season but also ranks her fourth all-time in the single-season record books at UVU. The program’s all-time leader in kills, Kayli Doxey (1,600), is also UVU’s single-season record holder with 494 during the 2009 season.