This Week in the American Athletic Conference 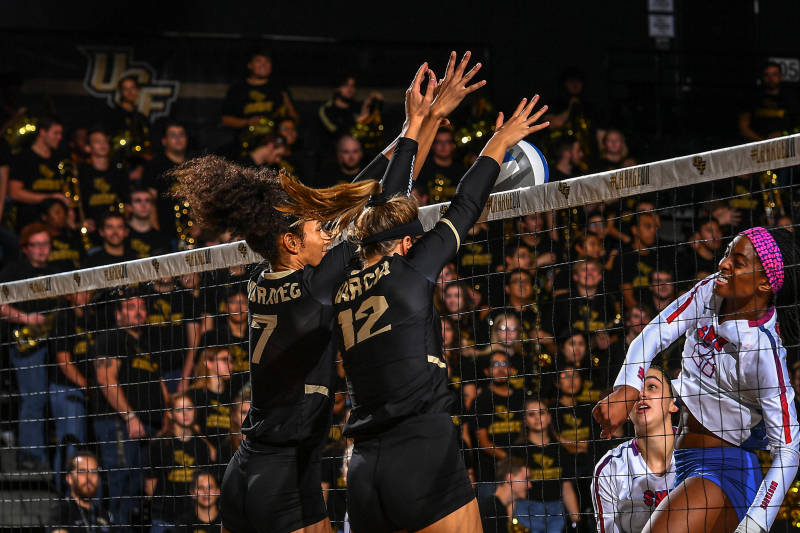 With three weeks left in the regular-season race, UCF remains atop the American Athletic Conference standings and clinch a portion of the league title with two more wins, but Cincinnati (11-2), Tulane (9-4) and Tulsa (9-4) are still in contention for the crown. Current Photo via UCF Athletics

With three weeks left in the regular-season race, UCF remains atop the American Athletic Conference  standings with a 13-0 conference record, as another weekend sweep could give the Knights a portion of the conference title. Along with UCF, Cincinnati (11-2), Tulane (9-4) and Tulsa (9-4) are still in contention for the 2018 league crown. For the second time this season, the top of the league will clash when Cincinnati travels to Orlando on Friday. The Bearcats sit two matches behind UCF in second place.