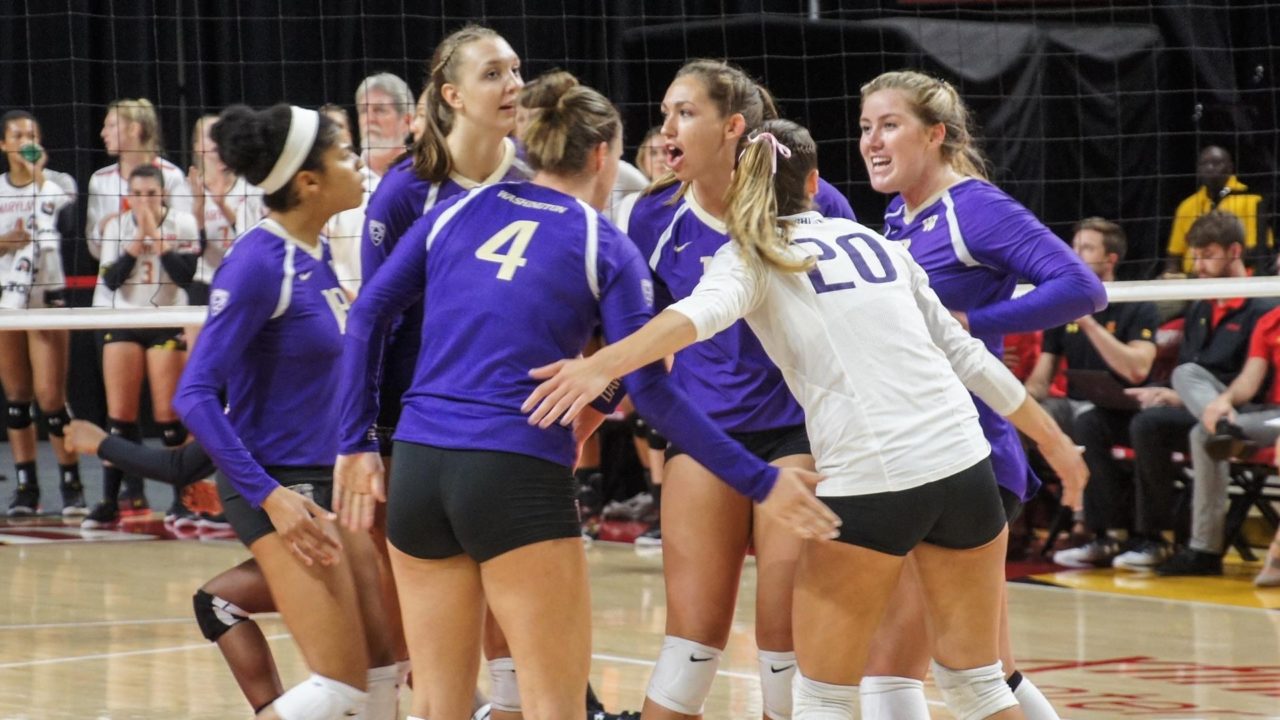 • Four Pac-12 teams came out of the first weekend of Conference play unbeaten. League play continues, beginning with No. 2 STANFORD hosting ARIZONA STATE on Wednesday for Pac-12 Networks’ Spike Night. The Cardinal, No. 20 USC, No. 15 UTAH and No. 6 WASHINGTON look to try to stay undefeated in league play.

• In the Rankings … Six Pac-12 teams are ranked this week with Stanford moving up to No. 2, while the Huskies moved up to No. 6. OREGON is No. 12, UCLA is No. 13 and the Utes are No. 15. The Trojans come in at No. 20, while COLORADO and WASHINGTON STATE are receiving votes.

• Top-20 Matchups … Three matches this week pit top-20-ranked teams, including the Ducks traveling to Utah on Friday, where the Utes have done a good job of protecting their home floor with the Ducks last winning in Salt Lake City in 2013. The Bruins host the Huskies, who have won the last seven meetings, that evening, as well. The week closes out with a tilt between the Trojans and UW at Galen Center on Sunday. All three matches will be broadcast on Pac-12 Networks.

• #SavStrong … CALIFORNIA’s match against ARIZONA on Sunday will also serve as #SavStrong Day at Haas Pavilion. The event honors Cal’s Savannah Rennie, who is undergoing chemotherapy to treat Non-Hodgkin Post-Transplant Lymphoma. The Bears will wear their gold jerseys against the Wildcats and fans are encouraged to wear gold as well to the match, where information will also be provided on organ donation as well as how to support lymphoma research.

• Rivalry Showdowns … The home team went 3-3 in the rivalry matches last week, marking the start of the Pac-12 slate.

• Pac-12 Players of the Week … Weekly honors went to USC’s Brittany Abercrombie (Offensive) and Victoria Garrick(Defensive), who became the first Trojan to post a double-double (18 digs, 10 assists) since 2012. UCLA’s Mac May is the Freshman of the Week for the second time.

• In the National Stats … Three Pac-12 squads continue to be among the top eight blocking teams in the nation and four are in the top 25, overall. The Huskies are No. 2 in the category (3.32), followed by WSU at No. 3 (3.23) and the Cardinal rank eighth (3.05). Individually, Washington’s Lauren Sanders leads the Conference with 1.44 blocks per set, which is fourth-best in the country; Stanford’s Audriana Fitzmorris ranks seventh with a 1.58 blocks average.

• Half of Pac-12 teams are among the top-25 in hitting efficiency in the nation, Oregon leading the way at No. 9 with a hitting percentage of .302.

• The Cougs’ blocking prowess has made it difficult on opponents as WSU has limited them to just 0.139 hitting, the best defensively in the Pac-12 and eighth in the nation.

• Stanford’s Kathryn Plummer is the fourth-highest points producer in the country, averaging a league-high 5.55 points per set. Her 4.82 kills per set are also eight in the nation.

• OSU’s Mary-Kate Marshall and Utah’s Adora Anae are among the nation’s active leaders in total kills. Marshall enters the week ranked fifth among the NCAA’s active leaders with 1,604, while Anae is seventh with 1,561. That also puts them in the top 50 all-time in Pac-12 history in the category.