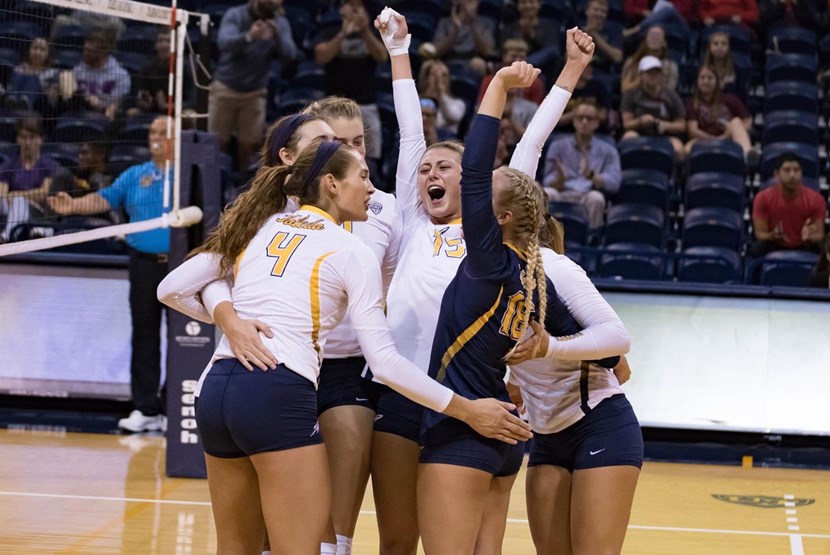 Toledo, Ohio— Eleven home matches, including a tournament at Savage Arena, highlight the University of Toledo’s women’s volleyball schedule that was announced on Monday by first-year head coach Jason Oliver.

“This schedule will challenge our team this season,” Oliver said. “I feel confident in this team’s chemistry and work ethic. The entire staff feels like we will attack this schedule head on. Our leadership will have to be ready to challenge the entire team to compete against the great teams scheduled next year.”

Toledo opens its 2018 campaign with a tournament at Notre Dame (Aug. 24-25) against a field that includes the Fighting Irish (2017 NCAA Tournament participant,) Northern Kentucky, and Weber State. The Rockets then head to a tournament hosted by Bradley that will also feature matches against George Washington and Western Illinois. On Sept. 7-8, UT hosts the Blue and Gold Tournament, welcoming Morehead State, Duquesne, and Manhattan to Savage Arena. The final tournament on the schedule is being hosted by VCU (Sept. 14-15), when Toledo will play the Rams (2017 NCAA Tournament participant) as well as South Carolina and Virginia.

The 2018 MAC Tournament will be hosted by Miami on Wednesday-Saturday, Nov. 14-17 in Oxford, Ohio.

The Rockets will look to improve on last year’s 12-16 record and 7-9 mark in Mid-American Conference play. Among the players returning for 2018 are Maurissa Leonard and Carly Townsend, who stacked up among the best liberos and setters in the MAC, respectively. Leonard will look to continue her march towards Toledo’s all-time digs record. She currently sits at 1,641, just 96 digs away from breaking the record. UT also received good production from freshmen Chloee Kleespies (2.44 points/set), Emma Swope (2.12 points/set), and Rhyen Neal (0.34 aces/set), who are all back for the Midnight Blue and Gold. Sophomore Zoe Birnbrich (2.25) points/set) will also be among those returning for the Rockets.