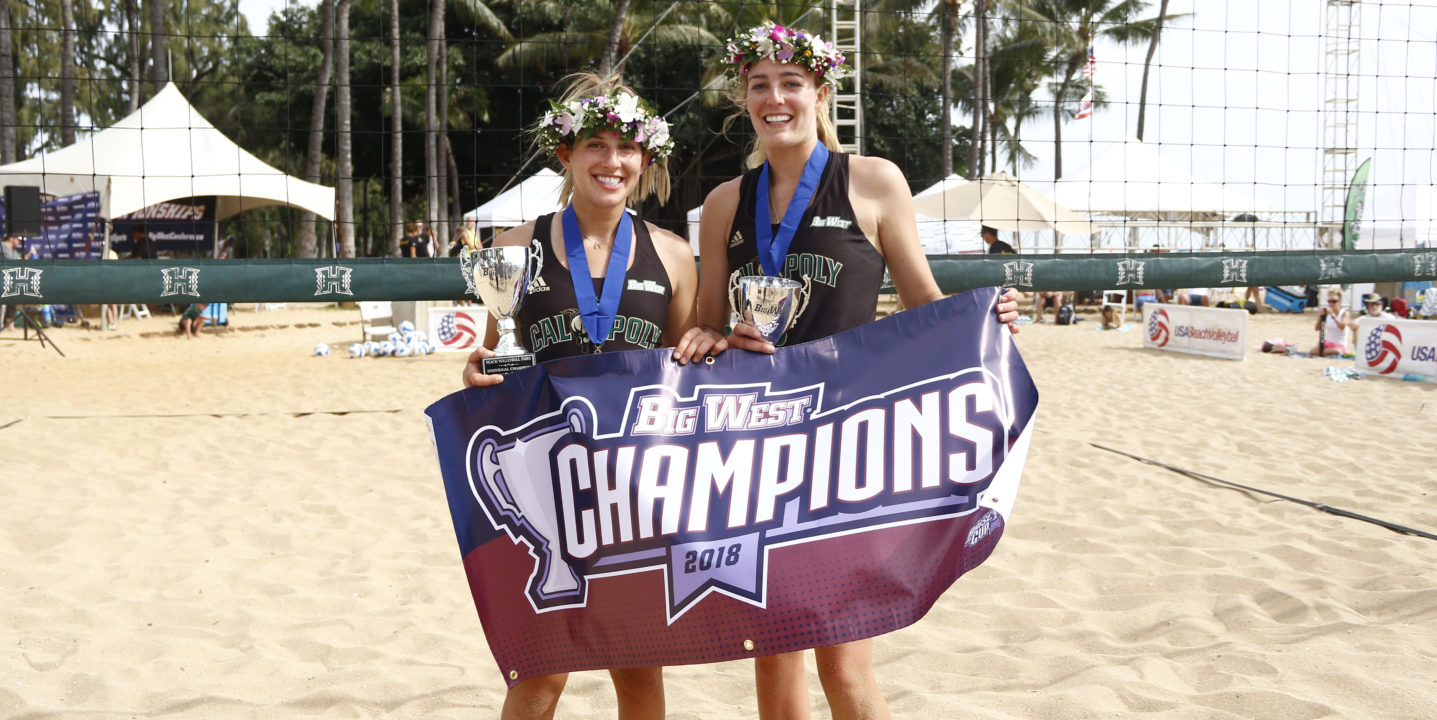 The duo was the No. 2 seed (out of 16) in the tournament. They took down pairs from CSU Bakersfield, Hawai’i and Long Beach State to take home the trophy.

They began the tournament by beating CSU Bakersfield’s Desiree Sukhov and Sarah Garrow 21-17, 21-12 to advance to the quarterfinals. They then beat the Hawai’i’s Carly Kan and Laurel Weaver in three sets 14-21, 21-14, 15-11 to move on to the semifinals.

In the semifinals, the duo squared off against the SandBows’ Hannah Zalopany and Morgan Martin. They were able to get the win in straight sets 21-16, 22-20 to move them on to the championship match.

In the championship they would face a familiar opponent, Long Beach State’s No. 1 pair of Nele Barber and Sasha Karelov. Miric and Van Winden had already played them twice over the weekend in the Big West Team Tournament, with the 49ers winning both matches.

Barber and Karelov took the first set 21-17 and held a 12-9 lead at one point in the second set. However, Miric and Van Winden would rally back to win the second set 21-18 to force a deciding third set. The Mustangs would take a 8-5 to force a Long Beach State timeout and they would not look back from there, winning 15-9 to win the championship.

Cal Poly’s other two pairs in the tournament also fared well. Senior Taylor Nelson and junior Adlee Van Winden made it all the way to the semifinals after beating pairs from CSUN and Hawai’i. Sophomore Emily Sonny and junior Samantha Manley beat Hawai’i’s Amy Ozee and Ari Homayun to make it to the quarterfinals before falling to the 49ers’ Barber and Karelov.