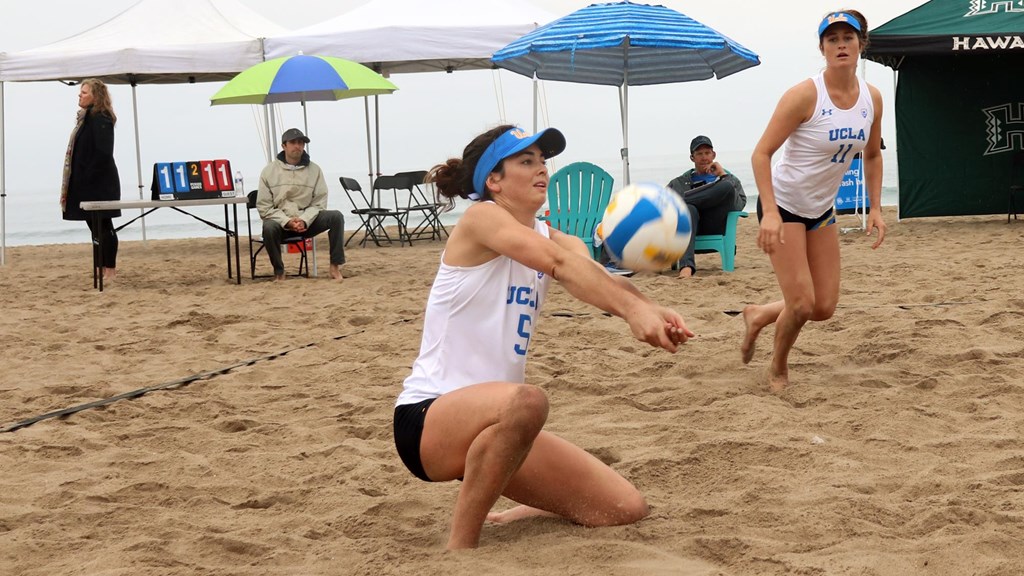 The top-5 teams remain the same in this week's AVCA Beach Rankings, with Pepperdine holding onto the #1 slot. Current Photo via UCLA Athletics

The top-5 teams remain the same in this week’s AVCA Beach Rankings, with Pepperdine holding onto the #1 slot. The only other change to the top-10 came with Cal Poly moving up to #6 while Florida State fell back to #7.

The back half of the ranking is where the big changes occurred this week. Grand Canyon, Florida International and Stanford each moved up one spot in the rankings this week to #11, #12 and #13, respectively. Cal continued their hot season with a 2-2 weekend record, winning over then-#11 Arizona and then-#19 Washington while falling to #2 UCLA and #4 USC. This feat was enough to boost their ranking from #16 to #14 this week.

Replacing Tulane and Washington in the rankings are Saint Mary’s and College of Charleston at #19 and #20, respectively.