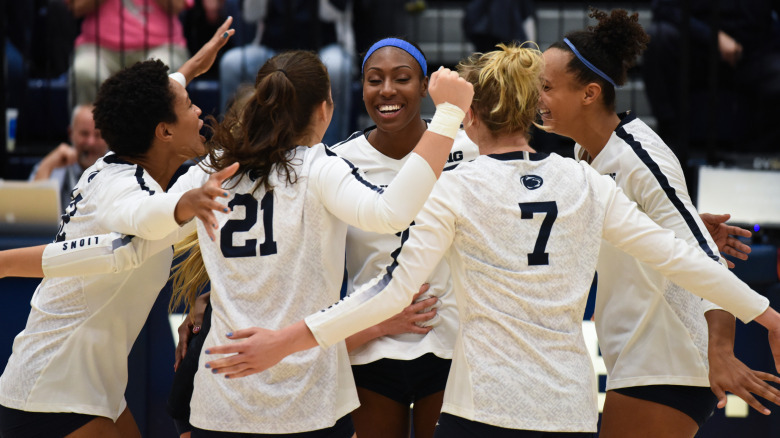 Penn State held down the No. 1 spot in the AVCA poll for the sixth-straight week, while the remainder of the top six remained in tact.  Current Photo via Penn State Athletics

The top six in the AVCA Top 25 Coaches Poll is the same for the second straight week with No. 1 Penn State leading the way.

Texas, Florida, Stanford and Nebraska rounded out the Top 5.

The biggest movers in the poll were No. 7 Creighton, who dropped four spots from 13 after falling to unranked Villanova, and No. 24 Oregon, who also fell four spots, dropping from 20 after losing to then No. 10 Washington and unranked Washington State.

No other teams moved up or down more than two spots. The biggest upward climbs came from No. 7 BYU, No. 9 San Diego, No. 14 Kansas and No. 15 Utah, which each moved up two spots from last week.

There will be one final AVCA poll on Nov. 27 before the NCAA Tournament begins next weekend.