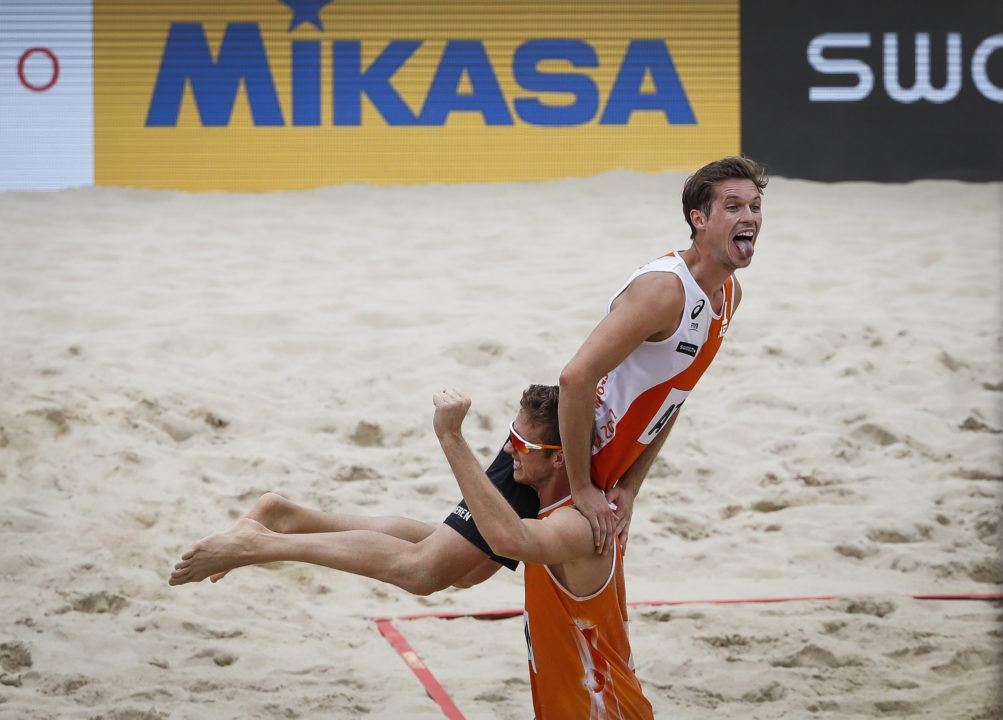 With the Vienna Beach World Championships over and done with, we look back at the top statistical players in the tournament. Current Photo via FIVB

With the Vienna Beach World Championships over and done with, we look back at the top statistical players in the tournament. A ton of players turned up their game to emerge as a tough road block in certain statistical categories.

For the women, Finland’s Taru Lahti posted a tournament-best 1.90 aces per set and tied a World Championship record with 10 aces in a single match. From the USA, April Ross recorded 24 aces during the tournament, just two shy of her 2009 tournament mark of 26 aces.

There were 23 women’s players that averaged over one block per set, with Brazil’s Carolina Salgado with 1.92 blocks per set. Close behind was Canada’s Sarah Pavan with 1.89 and China’s Fan Wang with 1.85. Pavan posted a total of 34 blocks in the tournament, the most of any player in the World Championships.

Cuba’s Leila Martinez led the eight players that averaged at least eight kills per set, putting down 8.38. Michala Kvapilova of the Czech Republic put down 31 kills in a single match, which is the third most in a World Championship match. There are now four players that have surpassed 400 World Championship kills – USA’s Ross (498), Brazil’s Maria Antonelli (466), Brazil’s Talita Antunes (452) and USA’s Lauren Fendrick (407).

There were a number of top men’s players that put up a tough serve, but Brazil’s Evandro Goncalves led the pack with an impressive 2.21 aces per set. The next closest to Goncalves was Poland’s Bartosz Losiak. In one match, Goncalves served up 10 aces and eight in another, which ranks as the first and second (tied) most by any player at the World Championships. In total, Goncalves posted 42 aces.

Dominating the field in blocks was Italy’s Alex Ranghieri with 3.36 blocks per set. Christiaan Varenhorst posted 44 blocks in the tournament which is the second highest in the World Championships history. The top mark goes to Brazil’s Alison Cerutti with 49 in Rome.

Leading the men’s side of the tournament in kills was tournament rookie, Netherland’s Maarten van Garderen with 7.68 kills per set. Close behind was Brazil’s Andre Loyola with 7.63 helping him to his gold medal.