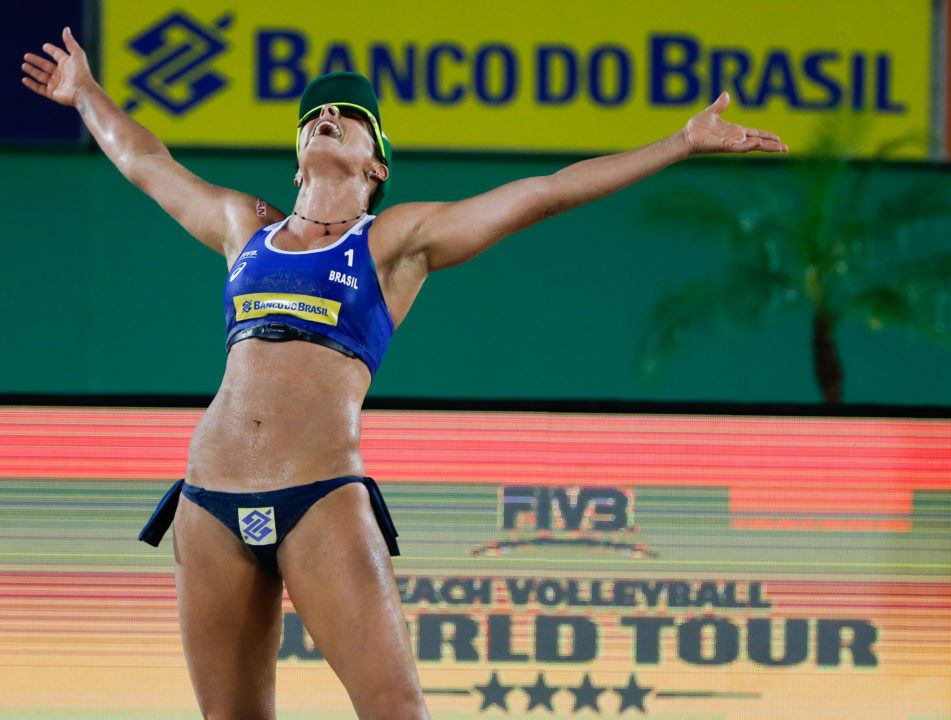 The 2017 Vienna World Championships is set to begin this week with a $1 million purse prize. Current Photo via FIVB

The 2017 Vienna Beach World Championships is set to begin this week with a $1 million purse prize. In total, each gender will be awarded $500,000 in prize money broken up by their finish in the competition.

The $1 million purse prize is the same amount that was awarded in 2015 when the competition was in the Netherlands. In the Netherlands, Bruno Schmidt/Alison Cerutti took home the top prize for the men while Agatha Bednarczuk/Barbara Seixas won the women’s side for a Brazilian sweep of the event. Bednarczuk/Seixas are no longer partners – Bednarczuk teamed up with Eduarda ‘Duda’ Santos Lisboa while Seixas is now with Fernanda Alves.

Below is the breakup of monies being awarded at the World Championships: