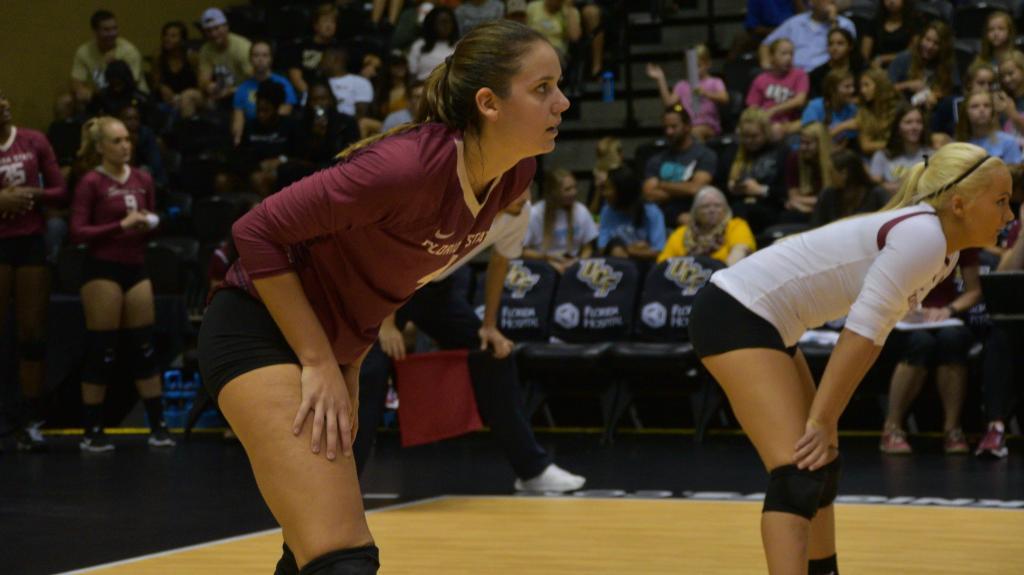 This past weekend saw Collegiate Volleyball visit Puerto Rico as the Puerto Rico Clasico took place and the non-tournament invite started out with a 5 set thriller.

The second and last matchup of Thursday saw two ranked teams go head to head as the then-#16 Florida State Seminoles came back to defeat then #14 ranked Texas A&M. After A&M took a 2-0 lead, Florida State fought to win the next 3 matches and win in another 5 set match. Florida State’s win came down to net play as Florida State out blocked Texas A&M 17.5 to 8.

Friday’s slate of games were Temple vs Virginia Tech, Florida State vs Alabama and Minnesota vs Texas A&M.

The Temple Owls came within finger tips of defeating VT but came up just short as the match went to the 5th set with Virginia Tech winning game 5 16-14. Amanda McKinzie and Lindsey Owens of Virginia Tech led their team in kills with 18 while Temple’s Irem Asci led with 23.

Florida State went another 5 sets in winning fashion as they defeated Alabama. Shannon Mikesky provided Alabama with 57 assists while Krystal Rivers killed 29 of them. Leading Florida State was Katie Horton who recorded 20 kills and 11 digs.

The then-ranked #6 Minnesota Golden Gophers wasted no time as they won in 3 straight sets to defeat #14 Texas A&M. Being the first game not to go to 5 sets, Minnesota still put up big numbers as Sarah Wilhite had 16 kills and Samantha Seliger-Swenson made 34 assists.

The last day at the Coliseo Ruben Rodriquez started with and Alabama win over Temple, having the Owls leave Puerto Rico winless. Alabama was again led by Krystal Rivers with 24 kills in the 3-1 win.

The following match would give #14 Texas A&M their first win in Puerto Rico as they defeated Virginia Tech 3-0. Jazzmin Babers gave the Aggies 14 kills. Virginia Tech only recorded 2 teams blocks in their second loss of the season.

#16 Florida State and 6th Minnesota would end the action in Puerto Rico as the Golden Gophers won in 4 sets. Samantha Seliger-Swenson would record 54 assists for Minnesota while Hannah Tapp and Sarah Wilhite gave 18 kills each.