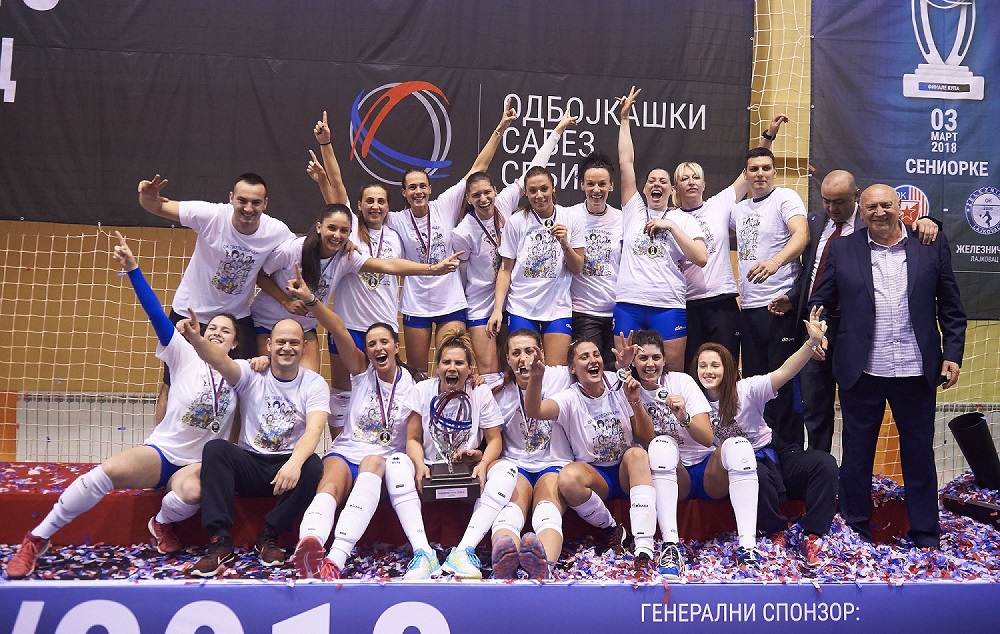 Around the world, many leagues or countries have been competing in their annual Cup matches to determine the best-of-the-best. Current Photo via CEV

Around the world, many leagues or countries have been competing in their annual Cup matches to determine the best-of-the-best.

Below you can see the scores of many leagues from around Europe. Many of the matches were determined with three-set sweeps while the occasional match needed a little more fight to win in either four or five. Some of the wins were not huge surprises either, as many teams are used to being on the podium at these events and with a large number of squads winning multiple Cups in a row.

Logrono finished off the Copa de la Reina with a three-set win over Figaro. The best-of-three matchup required just two matches as Logrono took the first meeting in a five-set match up. This is the fourth Copa de la Reina that Logrono has won in the clubs history. Currently, in their regular season, Logrono is the top team in the league with an 18-1 record while Figaro holds down second place with a 15-4 record.

Dresden took the German Cup title from Wiesbaden in front of an 11,354 fan crowd for the fifth time in club history. They had no troubles taking down their opponent in three sets, with Sasa Planinsec scoring the most points with 19 including 10 just from blocks. Piia Korhonen contributed another 17 points in the win.

Friedrichshafen cruised to their DVV Cup title over Buhl in a straight-set sweep. This was the 15th title for the winning side in the DVV Cup. Philipp Collin was the top scorer in the match with 11 points while Bartlomiej Boladz added another 10 in the win.

Zeleznicar was able to take the five-set win over Beograd in the Serbian Cup finals that took 142 minutes to complete. Jovana Jovicic was named the MVP of the finals.

Pazar opened up the match with an easy 25-13 win over Beograd but their opponent pushed back in the next two sets to make it an interesting three-set sweep for the title. Irfan Hamzagic was chosen as the MVP of the finals.

Graz took down Sokol in a three-set matchup, winning the match in 88 minutes to defend their title. Sokol could not find a rhythm in the match and was unable to add to their record 25 titles as they fell to Graz. Leading the scoring for Graz was Nina Nesimovic with 12 points followed by Ursula Ehrhart with 11 and Julia Radl/Birgit Ebster-Schwarzenberger with 10 each.

Graz made it to their title by taking the semifinal match over SG Kelag Klagenfurt in four sets a month ago before facing off against Sokol.

Amstetten started off the match strong with a 2-0 match lead but let up in the third set to let Graz back into the game and tack on a fourth set. Amstetten barely squeaked by in the fourth set to take the victory 25-23. This is Amstetten’s third straight Austrian Volley Cup title.

The top scorers in the match were Thomas Trothann and Max Landfahrer with 18 points each along with Clemens Unterberger with 15 and Fabian Schmiedbauer with 11.

For the 8th straight year, Olympiakos was crowned the winners of the Greek Cup as they took down Panaxiakos in three sets. Olympiakos ended the match with 7 aces and 8 blocks and were led by Steffi Niemer with 14 points on 12 kills and 2 blocks. Overall in the Final Four of the Cup, Saskia Hippe was named the MVP as she finished the finals match with 12 points on 11 kills and 1 block.

Partizani took away Barleti’s hopes of reclaiming their Albanian National Cup title as they won in four sets. This is the team’s first national cup title on the women’s side in 64 years.

Partizani was able to retain their 2017 national cup title as they swept through Studenti with ease. Though they won the competition, a Partizani player did not secure the MVP slot of the competition while Denis Rama of Studenti picked up the award.

The win for Maccabi was their third consecutive in the competition as they flew through Hapoel for the title. American and Maccabi star, Logan Tom played a huge role in the team achieving the victory.

“It is not just the victory that makes me happy, but our attitude, too,” said Tom. “It makes no difference if you are playing at the Olympics of for the national cup of Israel – I always give everything I have. This is a huge achievement and a huge thing for most of these girls. I am here, away from home, giving my time and my life for these girls, who have become a family for me. It has been a very emotional night.”

Hapoel pushed Maccabi to the limits in the finals, falling in the first set by extra points 27-29 but regaining their footing in the match with a 29-27 second set win to tie things up. The final two sets of the match were a breeze for Hapoel who claimed the title in four sets. This is Hapoel’s 6th straight title in the competition. Genadi Sokolov was the top scorer in the match with 21 points.

I was pleasantly surprised with Logan Tom, had almost forgotten she is still active