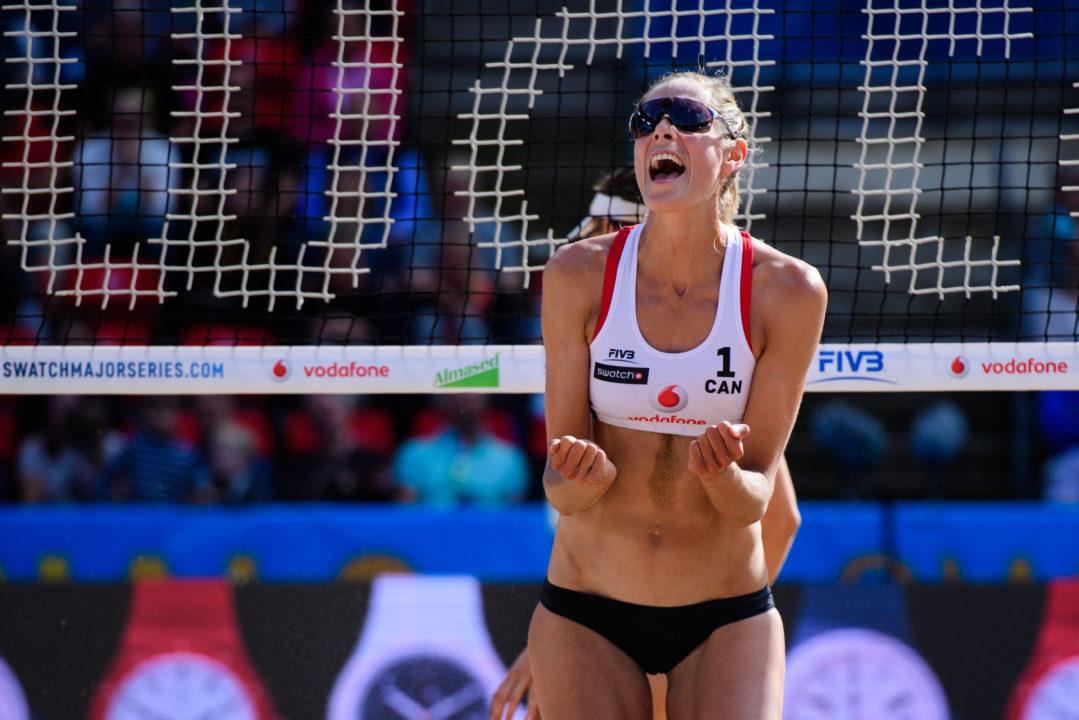 Day three of the FIVB World Tour Finals are in full swing for the women's side of the competition, with the semifinals set for later today.  Current Photo via FIVB 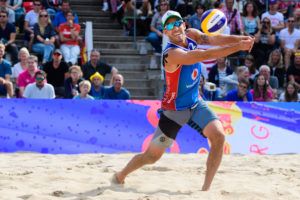 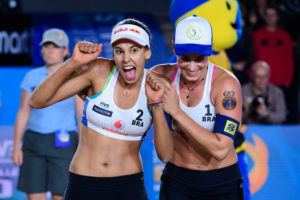 Day three of the FIVB World Tour Finals are in full swing for the women’s side of the competition, with the semifinals set for later today.

The Round of 12 began the day, with teams that did not finish first in their pool competing for a spot in the quarterfinals, where the pool champions awaited. In the Round of 12, Brazil’s Talita Antunes and Larissa Franca finally found their footing in the tournament, winning their first match at the #1 ranked team. Their win came against Canada’s Heather Bansley and Brandie Wilkerson in straight sets, with the first set expanding past the normal 21 point finish to a score of 27-25. The second set the Brazilians were more in control of the match, advancing to the quarterfinals with a 21-16 second set score.

Other Round of 12 winners

The reigning 2016 Olympic Champions and World Tour Finals champs, Ludwig/Walkenhorst took on Heidrich/Verge-Depre. The Germans easily took care of the Swiss duo, taking them down 2-0, (21-12, 21-18). Pavan/Humana-Paredes had an even easier time than the Olympic champions in their match against Switzerland’s Betschart/Huberli, finishing in under 30 minutes. The Canadian duo throttled the Swiss 2-0, (21-10, 21-12).

Agatha/Duda have continued their dominant role at the World Tour Finals after a disappointing finish at the Beach World Championships earlier this month. The Brazilian pair took down Hermannova/Slukova in straight sets 2-0, (21-16, 21-16) to advance to the semifinals. Capitalizing on their Round of 12 momentum, Larissa/Talita were the only team from the beginning round of the day to advance to the semifinals. The Brazilian team rolled straight through Germany’s Sude/Laboureur 2-0, (21-17, 21-10)

Later today, Ludwig/Walkenhorst will take on Pavan/Humana-Paredes for a place in the finals. The German duo has been especially strong showing their dominance on the sand. In addition, they are fighting to defend their title, having a chip on their shoulders. The Canadian pair has been a slow up-and-coming team this season, using a tough Pavan block to round out an already strong defensive position.

The other semifinal match up will feature an all Brazilian dual. Agatha has shown her experience on the sand this season, with her partner Duda, using her youth as an upside for the pairing. Talita/Larissa have been the force to be reckoned with on the tour this season, accumulating the most points for the #1 rank. Though, to start of the World Tour finals, they struggled, coming in last place in their pool but are slowly finding their momentum in the tournament.