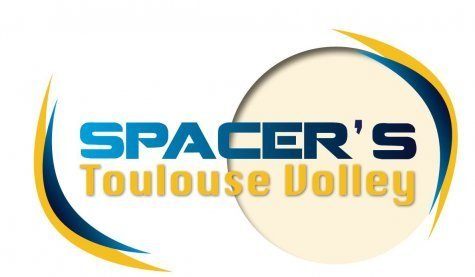 French Ligue A side Spacer’s Toulouse will have some rebuilding to do this offseason. The club has lost three players... Current

French Ligue A side Spacer’s Toulouse will have some rebuilding to do this offseason. The club has lost three players already after the conclusion of the 2016-2017 domestic year, including Bram van den Dries – the league’s top outside hitter.

The 27-year old van den Dries will head to South Korea from May 13th-15th, where he will have a tryout and be scouted for Korean teams. In the South Korean league, foreigners who are signed receive a minimum base salary of 280,000 Euros ($305,000 USD) per season – a lucrative deal for the Belgian National. From the tryout, 7 foreign players are chosen by each of the league’s 7 teams – in an American-like draft. The same system operates for women, with a minimum base salary of 141,000 Euros per season ($150,000 USD).

Among other players registered for the tryout are Kevin Le Roux from Modena and French opposite Antonin Rouzier.

Van den Vries, who has played with Belgium going back to his U19 days and was on the team when they won the 2013 European League, has asked for a waiver for consideration for Belgium’s National Team this summer to attend his tryout. The South Korean event conflicts with his National Team’s training and selection camp prior to World Championship qualifying that begins at the end of May.

Van den Dries score 522 points from the outside this season, beating out Hermans Egleskalins for the league scoring title.

Toulouse will also lose Antoine Brizard and Yacine Louati this off-season. Brizard is headed to Warsaw in the Polish league and Louati will join French regular season champions Chaumont.

The rebuilding will happen without the club’s former 41-year old coach Cedric Enard, who was hotly-recruited at the end of last season and chose to leave in spite of management’s desire to retain him. His next landing spot has not yet been announced, but several clubs in Poland as well as French side Tours are heavily recruiting him. His decision had to come before finding the outcome of the upcoming French men’s championship, in which Enard is coaching his side against Chaumont.

Registered players for the South Korean draft, according to oasport.it: