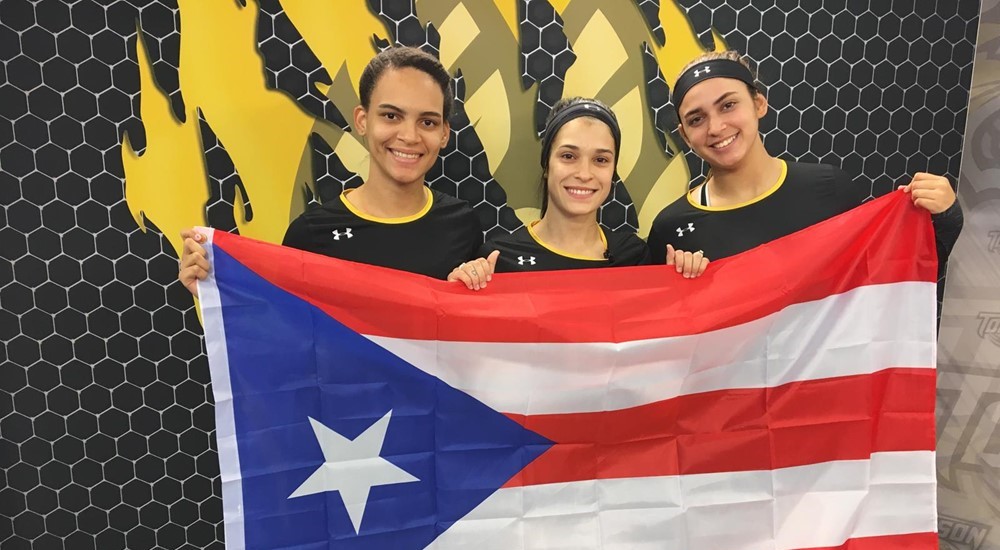 Towson athletics is collecting flashlights and batteries as well as monetary donations to support United for Puerto Rico and hurricane relief efforts for the country.  Current Photo via Towson Athletics

As people worldwide unite to support those affected by the recent hurricanes, a trio of Towson volleyball players have stepped up to do their part to “Make Puerto Rico Shine Again!”

Tiger players Carola Biver (Jr., OH, San Juan), Jocelyn Kuilan (Jr., RS, Toa Baja) and Julymar Otero (Sr., RS/OH, Toa Baja) hail from Puerto Rico and were looking for a way to help their families and others back on the island deal with the effects of Hurricane Maria. Biver came up with the idea of a benefit and the events grew from there.

“It means everything to be able to make a difference for Puerto Rico,” Biver said. “It’s also nice to have a great support system behind me. What started off as an idea in my head has slowly become a reality and a lot of people continue to donate while providing support. It’s great and makes me feel wonderful about myself, my teammates, and the staff here at Towson that we can help out not only my family, but other families back home who are in need.”

Patrons at both of Towson volleyball‘s weekend matches (Friday vs. Hofstra and Sunday vs. Northeastern) and the Tigers’ Saturday football game are being asked to donate flashlights and batteries. Monetary donations also will be accepted and given to the United for Puerto Rico charity.

Those unable to attend the sporting events are asked to contribute online here.

Hear our Puerto Rico natives talk about the devastation caused by Hurricane Maria in their home country and how fans can help!! ???? pic.twitter.com/tKaWuDYDnb