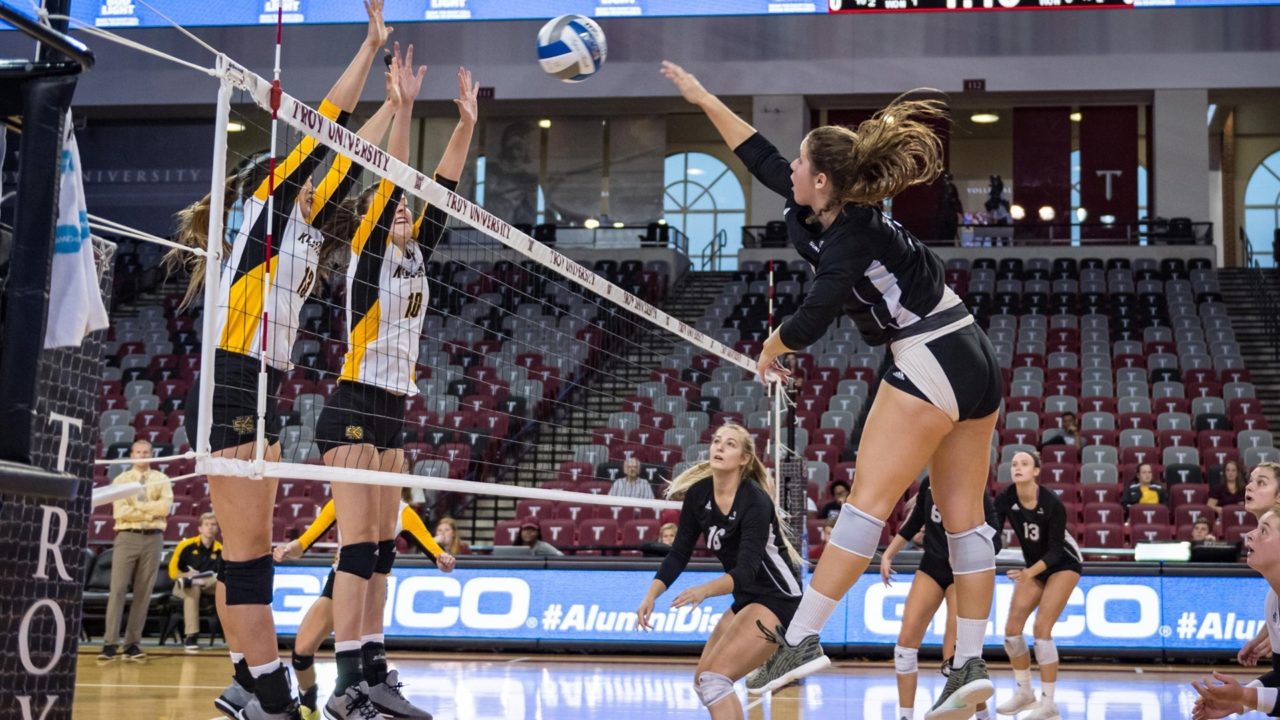 Cheyenne Hayes, Troy (So., OH, Newnan, Ga.)
Troy sophomore outside hitter Cheyenne Hayes recorded 37 kills in the Trojans’ two wins at Louisiana and ULM, averaging 4.63 kills, 3.38 digs and 5.1 points per set. Hayes posted a monster match against the Ragin’ Cajuns with 22 kills, 17 digs, two service aces and a total of 25.0 points. She poured in another double-double against the Warhawks with 15 kills and 10 digs.

CO-DEFENSIVE PLAYERS OF THE WEEK

For the 3️⃣rd time this season, senior Veronica Marin has been named the #SunBeltVB 🏐 Defensive Player of the Week.

Amara Anderson, Troy (Fr., S, Alpharetta, Ga.)
Troy freshman setter Amara Anderson recorded 93 assists and 40 digs in the Trojans’ two, four-set wins at Louisiana and ULM. On top of four kills against the Ragin’ Cajuns, Anderson recorded 48 assists – tied for the eighth-most in a four-set match in the Sun Belt this season. She carried that momentum into the match with the Warhawks, posting 45 assists and 23 digs in the win. Anderson is the first Sun Belt player to reach the 800-assist mark this fall.

Anett Nemeth, Coastal Carolina (Fr., OH, Pecel, Hungary)
Coastal Carolina freshman outside hitter Anett Nemeth averaged 3.33 kills, 3.22 digs and 2.33 assists per set and hit .284 in a pair of wins over Little Rock and Arkansas State. Nemeth followed a 12-kill, 11-dig double-double against the Red Wolves with the conference’s second triple-double of the season (18 kills, 19 assists and 18 digs) against the Trojans. She added five service aces and four blocks over the two matches.