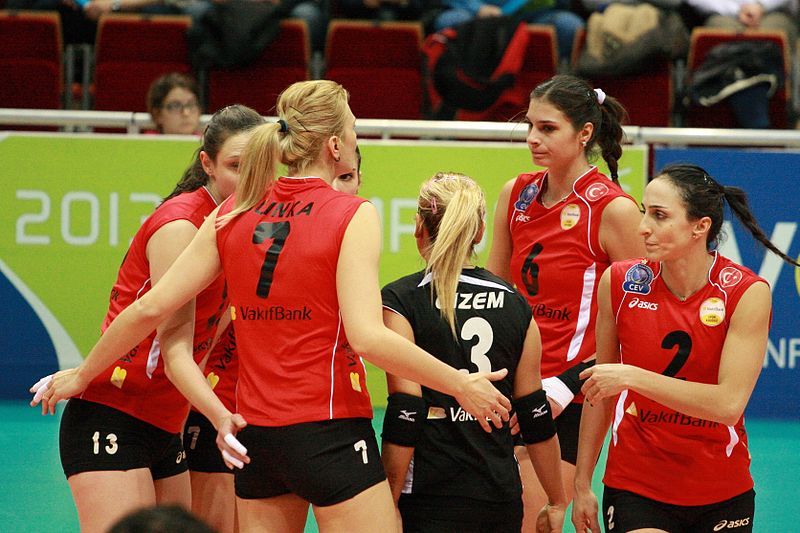 Many changes have taken place during the off season for the Turkish Women’s Volleyball League, with big money moves taking place this season looks to be the best in league history.

Defending champions Vakifbank İstanbul continued their dominance after the regular season. The best team in recent league history, winning all 52 of their games in 2012-2013 and all 51 games in 2013 have added one of the best players in the world in China’s Zhu Ting. The 2016 Summer Olympic MVP signed a one year contract with Vakibank and became one of the highest paid women athlete’s in the world with a salary of upward to $1 Million plus US Dollars. She joins a team that already has many world class players and the 21 year old will add more firepower to the stacked roster. Zhu will now call herself teammates to USA’s Kimberly Hill and Netherlands Lonneke Slöetjes, who was awarded the Summer Olympics “best outside”. Vakifbank are coached by Giovanni Guidetti, who also coached the Netherlands Women’s National Team. Guidetti is very capable of balancing the two positions after taking the Netherlands to a Silver Medal in Rio, and holding the current title with Vakifbank as League, European and World Champions. Vakifbank are the clear favorites to win the League and potentially more this year, but there will be teams who will try to stop them.

Eczacıbaşı Istanbul have made moves to an already deep roster to attempt to claim the Turkish League trophy for the first time since 2012. Eczacibasi received the services of Brazil’s Thaisa Menezes. Menezes has won Olympic Gold with Brazil in 2008 and 2012 and many other awards in her 14 year playing career. Joining her in Istanbul is Russian Outside Tatiana Kosheleva, who is leaving Russia for the first time in her club career. Eczacibasi has been the home to America’s Jordan Larson since 2014. In Turkey, the USA’s outside hitter has won the European Champions League and World Championship but has failed to claim any domestic trophies. Now being coached by former Italian and Turkish National Coach Massimo Barbolini, Eczacibasi have a new vision and look going into the new season.

Fenerbahce will pose a threat to Vakifbank and Eczacibasi. Fenerbache had the best record of the regular season before losing to Vakifbank in the playoffs. Galatasaray could also be influential in the season.