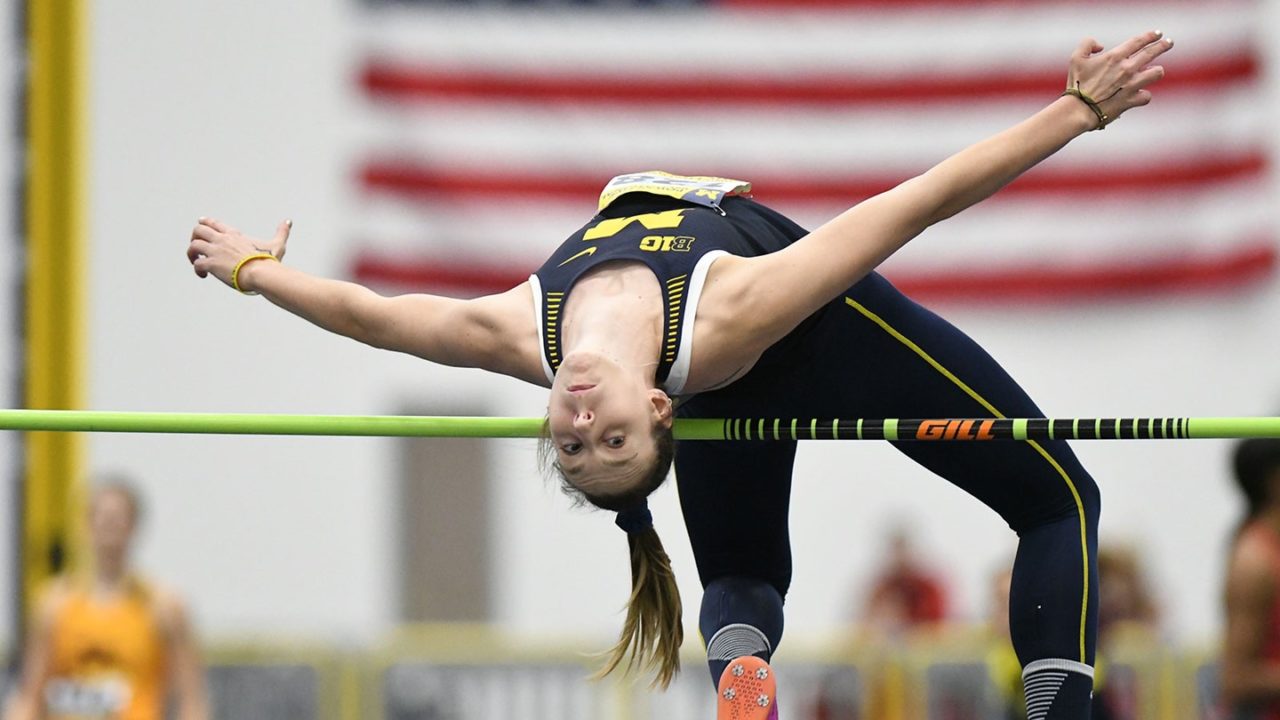 Claire Kieffer-Wright, a four-year letterwinner at middle blocker for the Michigan volleyball team, was this week's Big Ten Field Athlete of the Week for her efforts as a high jumper on the Wolverine track team.  Current Photo via Michigan Athletics

Claire Kieffer-Wright, a four-year letterwinner at middle blocker for the Michigan volleyball team, was this week’s Big Ten Field Athlete of the Week for her efforts as a high jumper on the Wolverine track team.

This is Kieffer-Wright’s first Big Ten track honor, but not her first weekly league accolade. The senior was Big Ten Defensive Player of the Week on Oct. 2, 2017, and earned Preseason All-Big Ten and All-Big Ten honorable mention nods last fall.

In fact, the South Pasadena, California, native reset her career best three times at the meet, first clearing 5-10 3/4 and 5-11 1/4 before making 6-0 1/2 on her second attempt. The mark ties her 10th nationally for the 2018 season and ranks her second on Michigan’s all-time indoor track records list.

This is not Kieffer-Wright’s first go round on the track as she has been on the Michigan team all four years and is the defending Big Ten Outdoor Champion in the high jump. The senior also earned a bronze medal in the high jump at the 2016 outdoor championships. Her best indoor finish at the Big Ten meet was fourth in 2016.

Kieffer-Wright was a track star in high school as well, setting the South Pasadena school record for high jump at 6-0 and was the CIF Division 3 State Champion in 2013. She also finished third at the U.S.A. Junior Track and Field Championships and fourth at the Junior Pan-American Games in 2013.