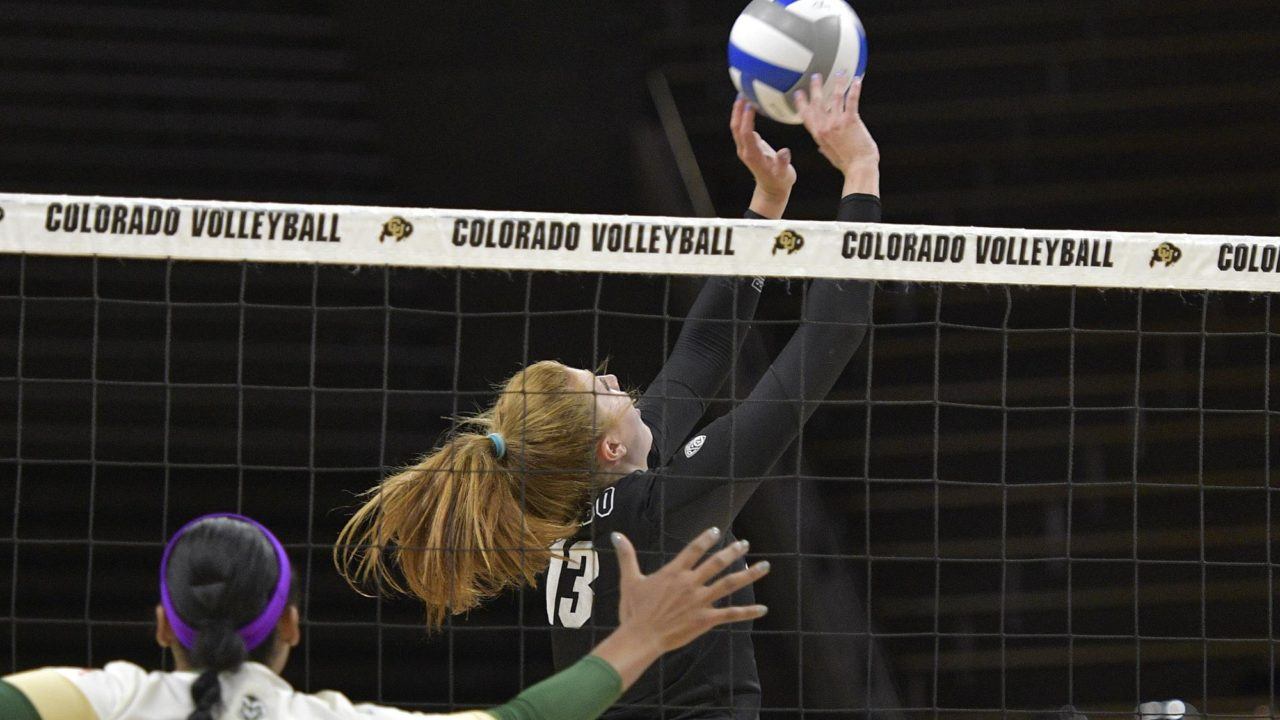 Kansas has added a potential all-american type player in Gabby Simpson for the 2017 season. Archive Photo via CU Athletics

With a senior class that features the likes of Ainise Havili and Kelsie Payne, Kansas is going all-in for 2017 with the addition of Gabby Simpson. Simpson, who spent her first three seasons at Colorado, is a 6’3″ setter/right side who started all three seasons with the Buffaloes and will have one year left of eligibility.

“After Gabby got her release and reached out to us, we were thrilled,” Kansas head coach Ray Bechard said in the KU release. “We feel Kansas is a great fit for her. She has one year of eligibility left at this point, and there is an opportunity for her to impact our team from both a physical and a skill-level perspective immediately.”

At Colorado, Simpson totaled 818 kills and 1,216 assists. She was All-Pac-12 honorable mention the last two seasons even though she had an injury shortened 2016. Still, in just 22 matches, she compiled 16 double-doubles and seven triple-doubles. Colorado really felt her loss too, as they went 12-10 with her but 2-6 without her. Some of those 12 wins with her included Penn State and UCLA.

The senior-to-be joins a loaded Kansas roster where her position looks undefined at the moment – setter and right side are taken up by two incumbent All-Americans for Kansas. The move could potentially signal Kelsie Payne turning back into a three-rotation player or KU switching to a 6-2. But most likely, it will just give Kansas more depth and options in different rotations.

Kansas already had used the transfer market to nab Taylor Alexander from Ole Miss and Mmachi Nwoke from Arizona State. Alexander and now Simpson provide the team with size to compete with the more physical opponents they’ll see. It’ll be interesting to see how the Jayhawks work all the new talent into the rotation, but with a versatile player like Simpson joining the fold, Kansas has added another star.