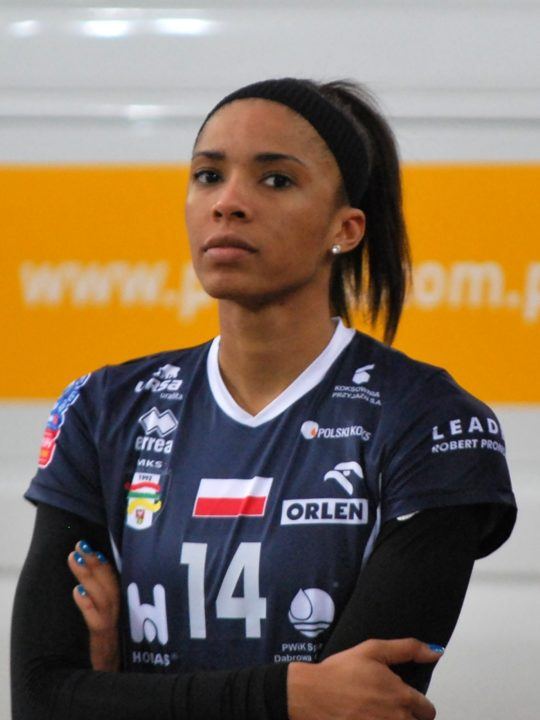 Rachael Adams will play in her 3rd different country internationally in the 2016-2017 season. Archive Photo via Zorro2112

2016 U.S. Olympic volleyballer Rachael Adams has announced that she’s heading to Turkey to join the club Eczacıbaşı VitrA Voleybol. The move comes after 2 seasons in Italy and 2 seasons in Poland.

The 6’2″ middle blocker spent lasts year with Imoco Volley, based out of Treviso, Italy: a club that included 4 Americans on its roster last season as it topped the regular season table in Italy’s Serie A1 league.

The club she joins is a superpower in one of the world’s most powerful (and highest paying) leagues. The club has won 28 Turkish National League titles, but none since the 2011-2012 season. They’re on a run of three-straight 3rd-place finishes in Turkey, and VakifBank has risen to win 3 of the last 4 titles.

The move to sign Adams is a response by Eczacnbaşı to the VakifBank $1.2 million mega-signing of the Rio MVP Zhu Ting at Outside Hitter.

Adams, a former standout at the University of Texas in the United States, was named co-Middle Blocker of the 2016 World Grand Prix.

Adams tied for thee Team USA lead at the Summer Olympics with .56 blocks-per-set in Rio.

It's that time again! After playing two seasons in Poland and two in Italy, I'm excited to head to Istanbul, Turkey to take on a new team, league, country and adventure with Eczacıbaşı Vitra @eczacibasivitravoleybol for the next 8 months!!✌🏾bye America!!