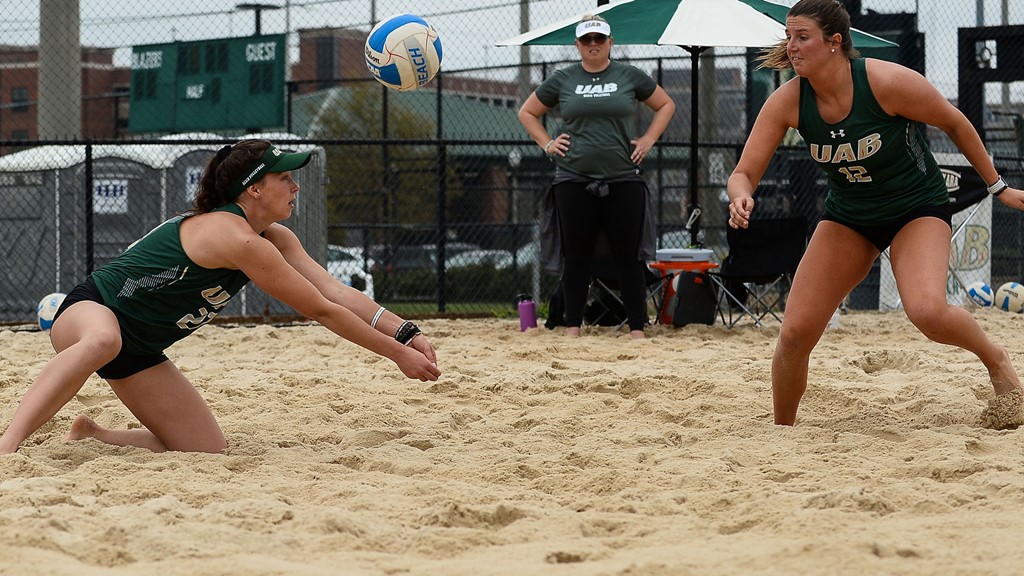 A number of other top-ranked programs participated for the week at a number of big tournaments across the country. #3 Hawaii went 4-0 at the Gamecock Challenge, with a notable victory over South Carolina 3-2 to move their overall record to 18-3 for the season. Also facing a challenging weekend was #16 Cal, who entered the weekend on an 11 match win streak but was stopped by USC in a heated 3-2 battle, though followed up with a win over #19 Washington. Cal then lost the following day to #2 UCLA but again found a way to take down #11 Arizona 4-1.

The big upset of the week came in UAB, an unranked team that was not receiving votes in the NCAA/AVCA Rankings last week, as they took down #8 South Carolina. The match started with wins from UAB’s #4 and #5 pairings. The Gamecock’s #2 court put the score at 2-1 before Devon May/Kenley Adams won the winning court at the #1 position with a strong kill. The #3 pair eventually lost in straight sets to give the Blazer’s the 3-2 final score over the Gamecocks.

WE JUST BEAT THE NO. 8 TEAM IN THE COUNTRY‼️