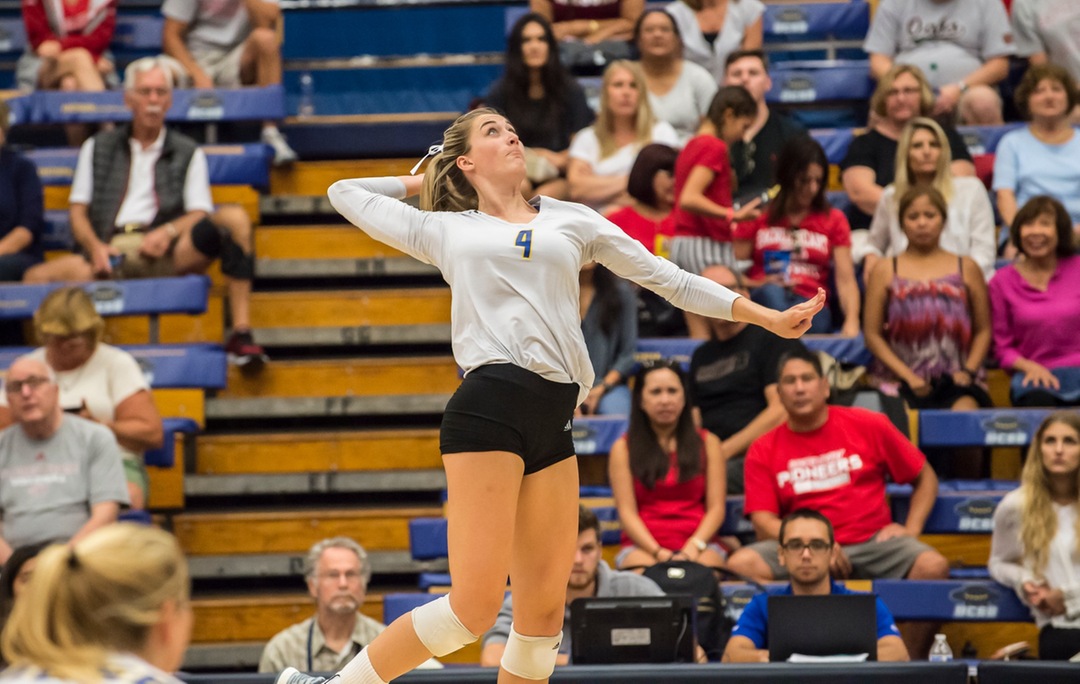 SANTA BARBARA, Calif. – For the fourth time this year, UC Santa Barbara women’s volleyball’s Lindsey Ruddins has been named the Big West Player of the Week, the conference announced on Monday.

It was the eighth award of Ruddins’ career, placing her in a three-way tie for the fifth-most in Big West history. Her 55 kills (5.50 K/S) over two matches this past weekend also vaulted her into No. 8 all-time on UCSB’s career kills list, now sitting at 1,416 kills.

Facing Long Beach State on the road last Friday, Ruddins crossed the 30-kill mark for the second time this season and the fourth time since the start of last year. She finished with 31 kills, nine digs and a solo block. The Laguna Niguel, Calif. native also put away three aces, doing so for the seventh time in her redshirt junior season.

The following night at Cal State Northridge, Ruddins led the way with an efficient 24 kills (.323) on 62 attempts. She also added two blocks and 13 digs for her 14th double-double.

This marks the second straight season that Ruddins has won four Big West Player of the Week awards. No player in program history has earned more than four in her Gaucho career.

5.50 kills/set, including a 31-kill performance, and 2.20 digs/set earns the @UCSB_Volleyball junior #BWCAOTW recognition for the 4th time this season.