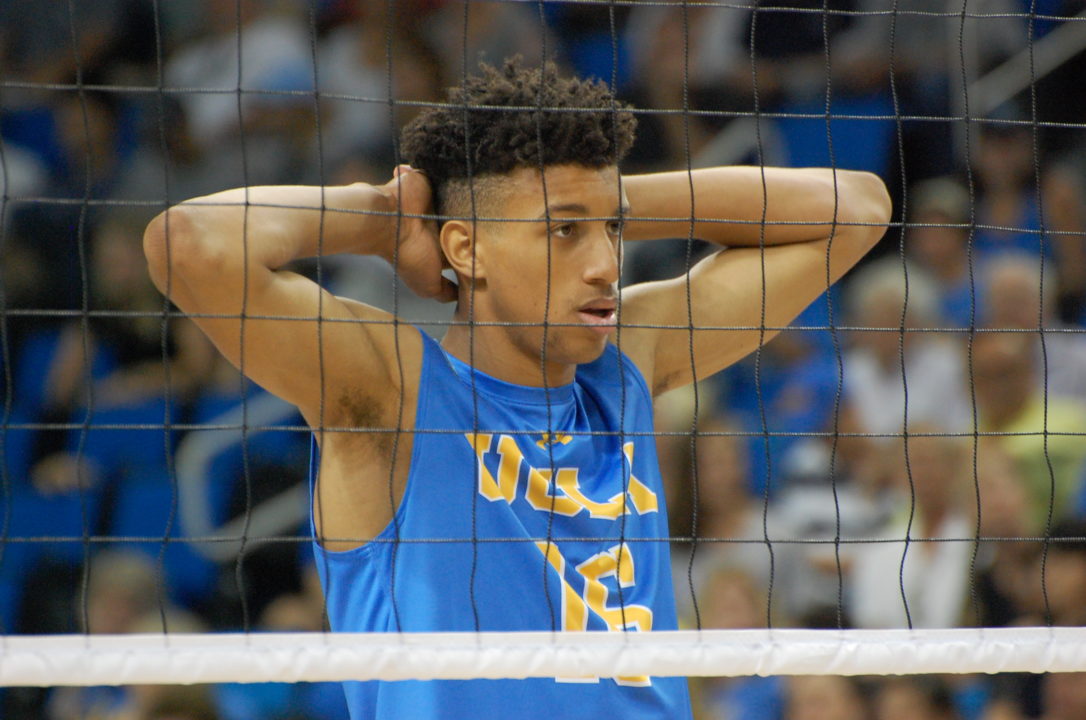 The ‘modern era’ in NCAA men’s volleyball is not that old; unlike in women’s volleyball, where the shift to the current 25-point, rally-scoring era happened in 2008, the men didn’t land upon the current scoring system until the 2010-2011 season.

In the 8 seasons since, nobody has been more efficient offensively in a season than UCLA sophomore middle blocker Daenen Gyimah was in 2018.

He becomes the 11th player since NCAA Championship volleyball began in 1970 to hit over .500 while meeting the eligibility criteria. The UCLA record still belongs to Tim Kelly, who hit .539 in 1994 on 310 attacks.

The all-time record belongs to former Penn State middle blocker Keith Kowal, who hit .574 in 2004 (although we’re trying to figure out why the NCAA record book doesn’t recognize his hitting percentage results from 2003 or 2004, which seem to meet the 3.3 attacks/set and 2/3 of team’s set criteria). Another Penn State Nittany Lion ranks 2nd: Max Holt hit .562 in 2009, the penultimate season under the 30-point scoring system. Holt, currently playing professionally in Italy, has been a member of the U.S. Men’s National Team since 2010, and won Olympic bronze with Team USA at the 2016 Summer Olympic Games.

Thus far, only one player, Keith Kowal*, has hit over .500 in multiple seasons in any era. The next-closest that anybody has come is Ohio State’s Max Lipsitz, who hit .524 in 2010, a year after hitting .490 in 2009. Gyimah, has two more opportunities if he plays out the remainder of his collegiate eligibility.

Ohio State leads all teams with 4 players who have hit over .500; Penn State has 3 players (on 4 occasions) and UCLA now each have two such players.

See below for the 20 highest hitting percentages in NCAA history, across all eras – accounting for every player that has hit .490 or better in an eligible season.

*Update: Keith Kowal is not included in the NCAA Record books for his hitting percentages from 2003 and 2004 – the latter of which is the highest eligible year in NCAA history. In both seasons, he averaged more than 3.3 attacks/set, and played in more than 2/3 of his teams sets, which means he should be eligible. We have reached out to the NCAA to see why he was excluded, but for now have updated the rankings below to reflect his two greater-than-.500 seasons.