Max Holt Will Remain With Modena After Coach’s Firing 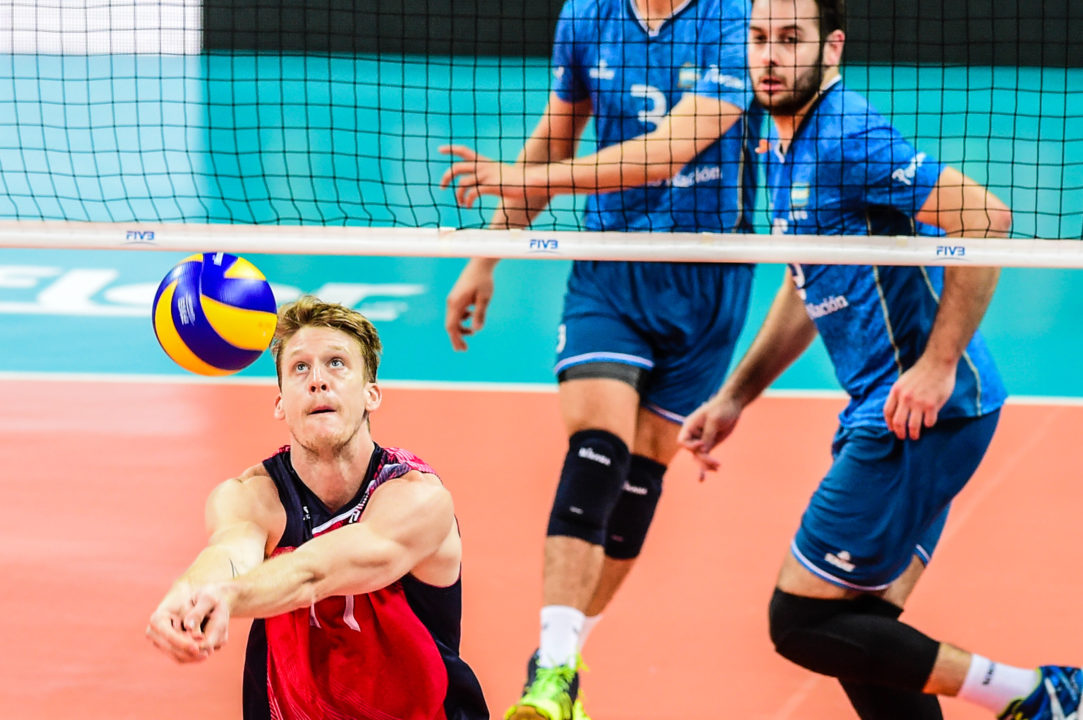 After playing with Team USA this summer, Maxwell Holt will return to Modena to play out the final year of his contract. Archive Photo via FIVB

After a very public rebellion against their coach Rado Stoytchev, American Max Holt has upheld his commitment to play out the last year of his contract with Modena after the coach was fired. Holt and his Modena teammates, went on live TV after their 3-1 loss in the Italian Championship playoffs to Civitanova, saying that they would not play for the team next season of Stoytchev returned as coach.

The coach, which libero Bruninho said ‘lacked basic human decency,’ received criticism for, among other things, not releasing Alberto Mara from team activities to attend his grandfather’s funeral. The coach is blamed as a primary driver for the decision of Modena’s biggest star, Earvin Ngapeth, leaving the team to play with Zenit Kazan in Russia, in spite of having 2 years remaining on his contract.

“Never in my life have I played in a team with so many talented players in one place,” Holt said at the time. “We were all united to protest against the coach. I still have one year left on my contract with Modena, and if Rado leaves, I will stay 100%.”

Video below, in Italian:

Holt has held true to his word and will play out at least the final year of his contract in Modena.

The 31-year old, 6’9″ (205cm) middle blocker joined Modena in 2016, after spending the prior 3 seasons in Russia. He has also been a member of the U.S. National Team since 2010, including winning World League and world Cup gold with the team in 2014 and 2015, respectively, and Olympic bronze in 2016. Hold is one of a number of American stars who are expected to return to the United States’ roster for the inaugural edition of the FIVB Volleyball Nation’s League this summer.

Last year, Modena advanced to the semi-finals of the Italian Championship before falling 3 matches to 1 to Civitanova (who in turn would lose 3 matches to 2 to Sir Safety Perugia).