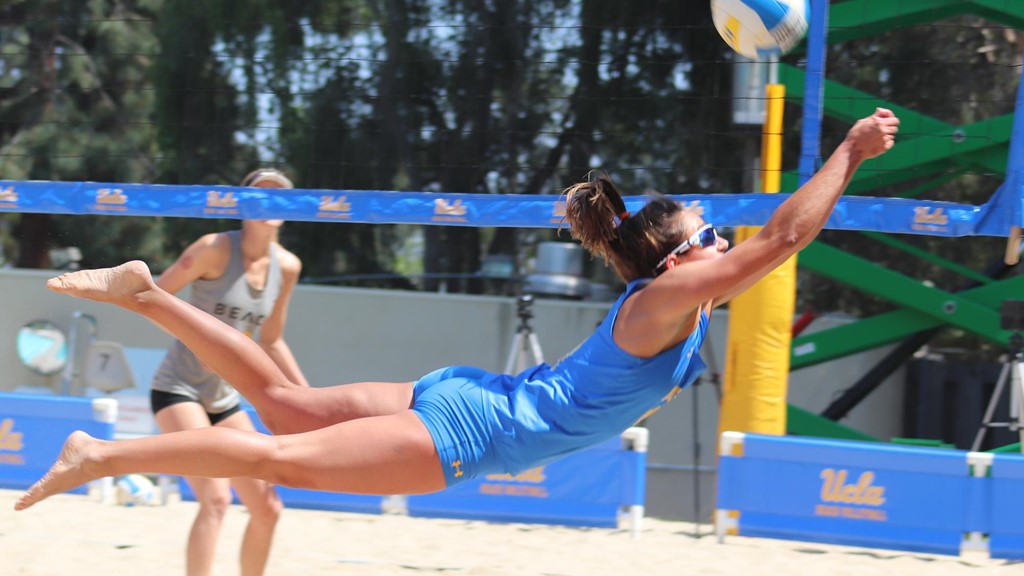 Few players in NCAA volleyball are as skilled in all of volleyball’s fundamentals as UCLA‘s Sarah Sponcil. Before transferring to the Bruins to become the team’s starting setter, she played three years with Loyola, netting 1193 kills along the way as an outside hitter. Add to that the many awards she has also won in beach volleyball, and her surprising performances displayed in the FIVB World Tour, and you have one of the best all-around players in the country.

If setting and attacking at a high level, in addition to holding her own against the world’s best at the World Tour pro circuit weren’t enough, Sponcil has recently told the FIVB that she’d consider a move to libero if it meant a spot in Team USA’s roster:

“If I get the opportunity to train with the USA indoor as libero I’d love to. I don’t want to go overseas to play indoor, so the only possibility would be working it out with the national team. If I get the call it would be amazing, but I’m just taking one day at a time and I’m here now, so I’m trying to learn.”

There is no doubt that if it was up to skill alone, Sponcil would have a fair chance at achieving her goal. However, her results on the World Tour show that she could be able to net good money at the beach as well, which would certainly play an important role when it’s time to choose where to focus for her development.