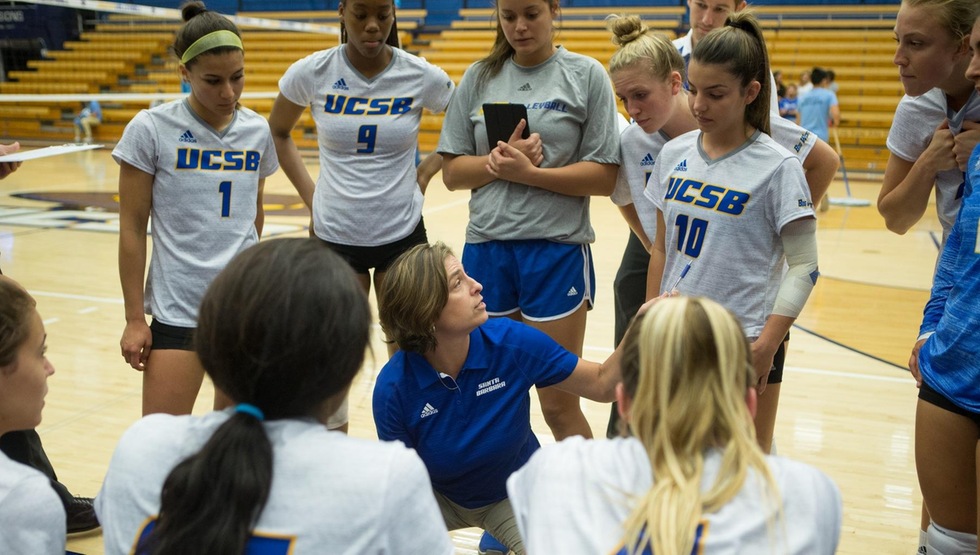 At seven, this is the largest group of incoming recruits for UCSB in the Lantagne Welch era (since 2013). The newest batch of Gauchos features a trio of league MVPs, a High School All-American and a four-time CIF Champion. By position, there are three pin hitters, two liberos, one setter, and one middle blocker.

“We feel very fortunate to be bringing this wide range of seven quality student-athletes to our 2018 class,” said Lantange Welch. “This group is a great mix of players who will help us immediately and those who will over the long term. Along with newcomer Torre Glasker (transfer from Utah), we will finally have great depth in the gym that will allow us to have healthy competition at every spot on the floor as we fully expect the newcomers to push our veterans and improve our team as a whole.”

Another Bay Area prep standout, Natalie Ballout comes to UCSB after a stellar career with Burlingame High School. The 6-0 middle averaged over 3.4 kills per set and hit at least .430 in both her junior and senior seasons, leading to Peninsula Bay League MVP accolades in 2017. She had a trio of 20+ kill performances for the Panthers, including a highlight-reel 25 kill, eight block outing against Notre Dame as a senior.

“Natalie has the tools that lead to a ton of upside as a middle blocker. She has a good arm and the ability to attack both directions out of the middle.” – Lantange Welch

One of two standout back row players in UCSB’s recruiting class, Zoe Fleck set a new school record at Sierra Canyon High in Chatsworth, Calif. with 1,474 career digs, including a 494-scoop season as a senior in 2017. Fleck was a Second Team AVCA All-American choice, a Second Team Under Armour All-American, a three-time all-league first team pick and was honored as Gold Coast League MVP as a junior in 2016. With her patrolling the back row, the Trailblazers won CIF Championships in both 2016 and 2017 and were crowned state champions last seasono after downing Sacred Heart in the title match.

“Zoe has an infectious personality that has her bringing out the best in those around her.  She is an incredible defender, reliable passer, and driven competitor that will add to our gym immediately.” – Lantange Welch

A right-side specialist out of the Bay Area, Tallulah Froley was an all-league recipient all four years at San Francisco Waldorf School and was named league MVP after her junior season. Froley was a dominant pin for Waldorf, leading her team to a pair of CIF Division 6 Championships. Thanks in part to her offensive contributions, the Wolverines did not lose a single league match during her entire career.

“Tallulah is a physical right side that has the potential to break into the lineup early in her career. In addition to her physical tools her hate to lose attitude drives her steady improvement that we look forward to continuing here at UCSB.” – Lantange Welch

The sole out-of-state member of this year’s recruiting class, Grace Kloss will bring her serving and passing talents west from her hometown of Naperville, Ill., a suburb of Chicago. Kloss was a three-year starter at Waubonsie Valley High School, where she dominated both on defense and at the service line, as she led her team in aces as both a junior and senior, including a standout mark of 45 aces in her final season.

“Grace shows how disciplined and locked in she is every time she is on the floor.  She has a natural passing platform and her consistancy brings a steady presence that her teammates can always count on.” – Lantange Welch

Outside hitter Megan Lewis joins the Gaucho volleyball program after serving as a top pin at St. Ignatius College Prep, one of the top high school teams in the San Francisco area. The Wildcats won more than 30 matches in Lewis’s final two seasons on campus. They were perennial playoff participants, an area where Lewis tended to thrive, evidenced by her 20-kill outing to help St. Ignatius past St. Francis in the 2016 WCAL Semifinals.

“Megan is a versatile player who contributes from both sides of the floor on offense and in serve receive.  Our program prides itself on having all-around volleyball players and she fits that mold nicely already.” Lantange Welch

Olivia Lovenberg, a San Diego native, was the key cog in a Canyon Crest Academy team that made it to the CIF Playoffs all four of her years on campus, as she recorded a school-record 2,772 career assists. She was recognized for successfully running the Ravens’ offense with two First Team All-Avocado League selections as well an Under Armour All-American Honorable Mention nod as a senior in 2017.

“Olivia is a setter who consistently puts her attackers in good situations to have success.  Not only that, but she brings a steady leadership to the court, which is so important for her position.” – Lantange Welch

A left-side hitter from Laguna Niguel, Calif. and younger sister of current Gaucho Lindsey Ruddins, Giselle Ruddins will join the Gauchos after a standout prep career at Aliso Niguel High School. After getting called up to the varsity squad to help the team to a CIF Division 1A Championship as a freshman in 2014, Ruddins went on to establish herself as a key part of the Wolverines’ offense, as she was named the team’s Offensive Player of the Year in both 2016 and 2017 while taking home Team MVP honors as a senior. As a junior, she tied a school record with 34 kills in a match against Dana Hills High School.

“Gigi is the definition of a true six rotation player, and those play such an important role in volleyball.  She brings reliable passing and defense and combines that with scoring and blocking ability.” – Lantange Welch