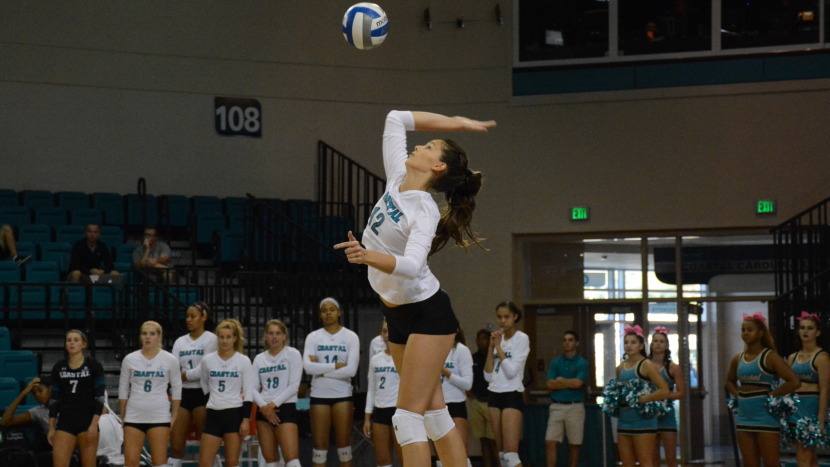 North Carolina has made an addition to its 2018 roster in the form of Coastal Carolina transfer Aristea Tontai. A sophomore-to-be in the fall of 2018, Tontai will have three years left of play and is immediately eligible for the Tar Heels.

Tontai came to Coastal Carolina out of Athens, Greece, where she was a member of the Greek National Team and competed in the CEV Champions League. She was also with the U19 National Team at the European Championship Qualification Tournament.

“Aristea has the ability to play both middle and opposite for us,” North Carolina head coach Joe Sagula said in the team’s release of the signing. “Her ability to help our team maintain a presence at the net in blocking and hitting. She has the experience of playing at a high level in her home country in Greece, and her experience playing on a very successful Coastal Carolina team in 2017. I like her versatility with the ability to play multiple positions along with her strong serving and back court skills.”

North Carolina is coming off of a 14-14 season in which they went 11-9 playing in the Atlantic Coast Conference (ACC) one season after making the Sweet 16.  Tontai will look to bring things back to 2016 while joining three others at her position group, not to mention another transfer in former Nebraska setter Hunter Atherton.

The two transfer additions will get to mesh with the team over the summer as North Carolina will head out to Italy and France for their Foreign Tour.