UNI, Illinois State Make it Two MVC Teams in the NCAAs for the 15th Time in League History 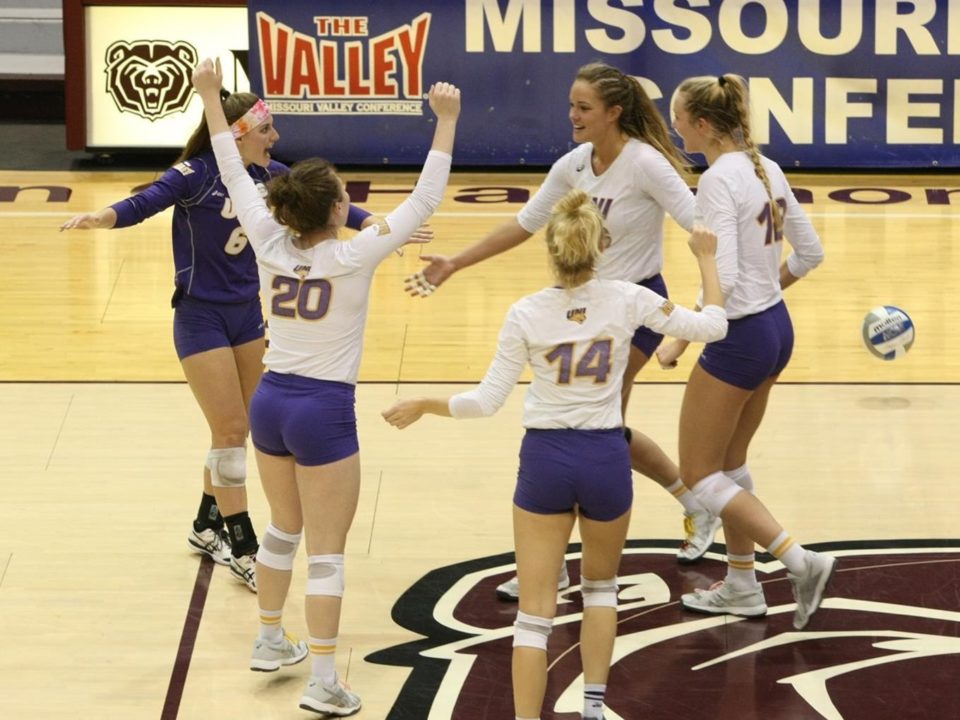 For the 15th time in league history, at least two Valley volleyball teams have been selected as part of the field of 64 to play for the 2018 NCAA national title.  Current Photo via Northern Iowa Athletics

It Takes Two
For the 15th time in league history, at least two Valley volleyball teams have been selected as part of the field of 64 to play for the 2018 NCAA national title. MVC co-regular season and tournament champion UNI will be joined by co-regular season champion and at-large selection Illinois State in the 2018 NCAA Division I Women’s Volleyball Championship field.

It is the 11th time in the last 13 years that the MVC has placed multiple teams into the NCAA tourney.  Since 2007, The Valley has received 32 bids into the 64-team field, trailing only the Pac 12, Big Ten, Big 12, SEC, ACC & West Coast Conferences.

Multi-Bid League
The Missouri Valley Conference is one of 11 leagues to earn two or more bids to the 2018 NCAA Volleyball Championship, putting the MVC among the elite conferences this season.

MVC in the NCAA Tourney
The Missouri Valley Conference is 28-60 (.318) all-time in the NCAA Championship, with four current league schools having made previous appearances in postseason play. UNI has the most NCAA Tournament wins, with 15.

Winning!
The most wins the Missouri Valley Conference has registered in one NCAA Tournament event is four, in 2012, when all three league teams (Wichita State, UNI and Creighton) won their First Round matchup, while the Shockers advanced to the Sweet 16. The Valley also had at least two wins in five other seasons (1999, 2001, 2002, 2006 and 2009).

MVC in NIVC
Bradley, Drake and Valparaiso each earned a bid into the 32 team NIVC.  Bradley will make the first post-season appearance in program history with the Braves facing Bowling Green in the opening round.  Drake (at Iowa State) is making its second postseason appearance in program history and first since 1995 when the Bulldogs competed in a previous incarnation of the NIVC. Valparaiso is heading to postseason play for the first time since 2005 and will play Ball State. The MVC has an 11-15 record all time in the NIVC.

20-Win Club
The conference enters the tournament with five teams sitting at 20 or more wins.  It marks just the fourth time in The Valley era that the league has produced five 20 win programs in a single season.  The league also had five 20+ win teams in 2007, 2010 and 2015.   Each of those years, the MVC put four teams in the NCAA Tournament.