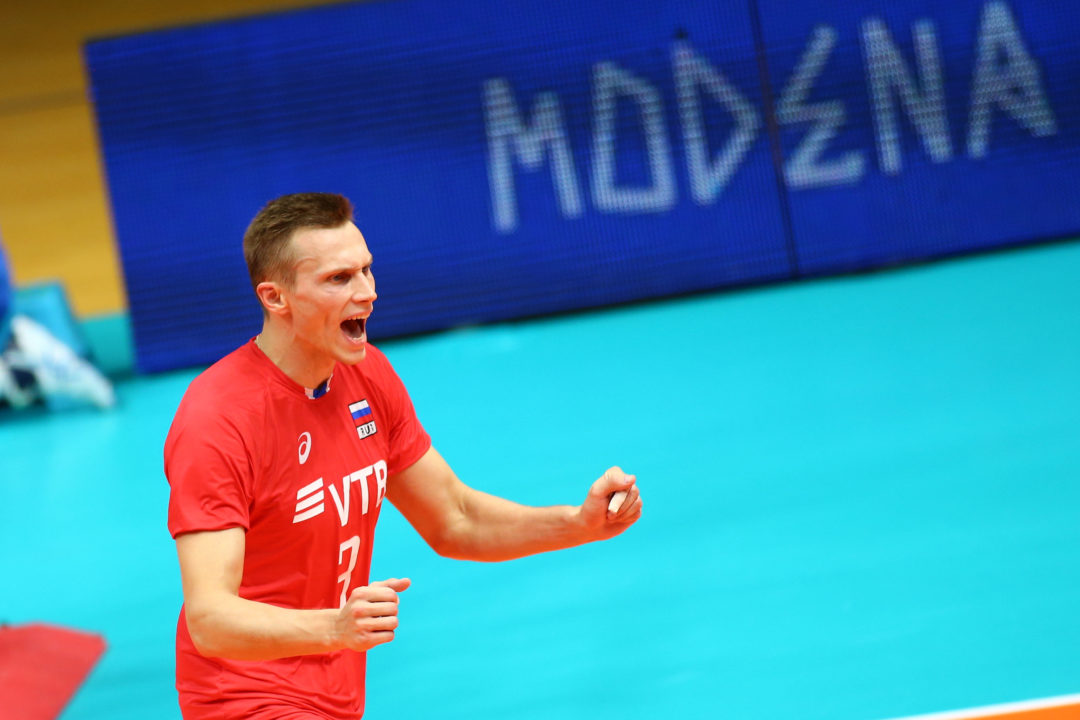 Dmitry Kovalev and Russia are the first to qualify for the VNL semifinals. They clinched a spot in the semifinals when the United States took a 2-0 lead over Poland on Thursday.  Current Photo via FIVB

Russia was the first team to qualify for the inaugural FIVB Volleyball Nations League semifinals on Thursday, and they did so without having to step foot on the court.  After defeating Poland 3-1 on Wednesday to open up play in the VNL Final Six, they just needed the United States to beat Poland, or lose in 5. At that point, Poland could have no more than 2 points and could not surpass Russia in the standings.

While having their backs against the wall, Poland decided not to start Bartosz Kurek, their lone star in the match on Wednesday in the loss to Russia. They gave all that the United States could handle in the set 1, but fell 28-26. The United States jumped out to an early lead in the 2nd and took the set when Aleksander Sliwka served long with his team trailing 24-17. Both Taylor Sander (12) and Benjamin Patch (10) scored in the double digits as the United States took a 2-0 lead and put Russia through to the next round.

For the rest of the VNL qualification scenarios for Thursday, July  5 click HERE.