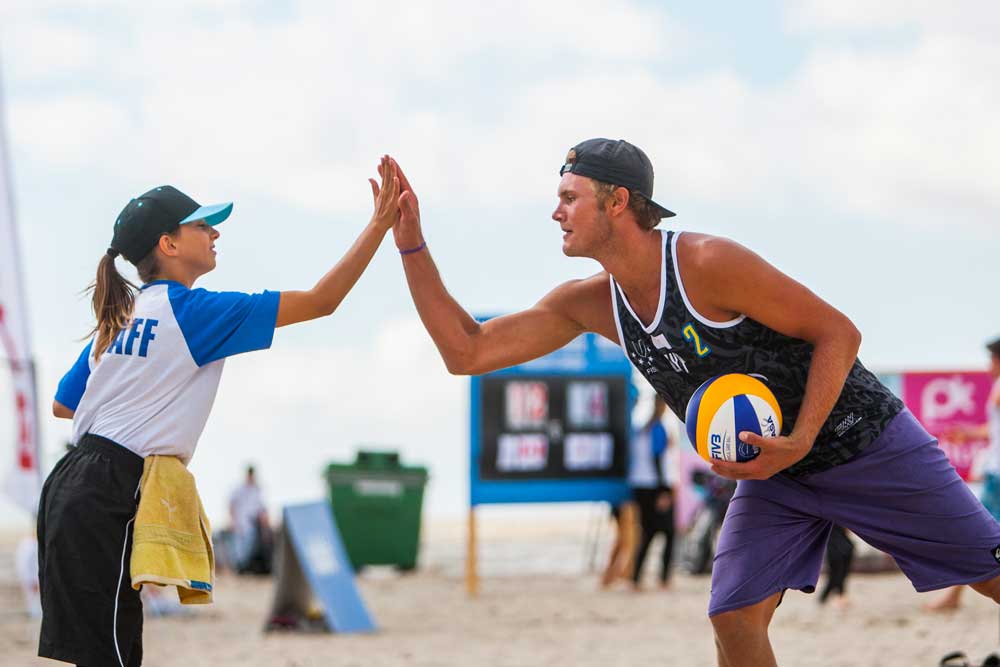 The addition of the World University Championships as a 1-star event on the FIVB World Tour means that a minimum of $5000-per-gender is available, as are World Tour ranking points. Archive Photo via FISU

FIVB, the world’s governing body for volleyball, signed a 4-year partnership agreement with the International University Sports Federation last week before the start of the latter’s World University Championships in beach volleyball. The agreement, an extension of a prior partnership, binds the two together in rules-making and event-promotion and makes the tournament officially an FIVB 1-star event, the lowest rung on the organization’s international beach volleyball tour.

FISU is a world organization for organizing university championships, including, most famously, the World University Games or Universiade. FISU began sponsoring beach volleyball as one of its activities in 2002 – 6  years after the sport made its explosive debut at the 1996 Summer Olympic Games.

“We are pleased to continue our strong and long-lasting relationship with leading international sport federations like FIVB,” FISU Secretary General-CEO Eric Saintrond said. “With Beach Volleyball being a part of the FISU family of sports since 2002, we have seen firsthand the important work FIVB has done to grow the sport of Beach Volleyball all over the globe. We look forward to continuing our collaboration, and pioneering new ways to bring the sport to more students.”

Canadian twins Nicole and Megan McNamara won the women’s title: their second major championship of the summer after leading UCLA to the NCAA title in May. German pair Dan John and Eric Stadie beat their compatriots Bennett Poniewaz and David Poniewaz in the men’s final.