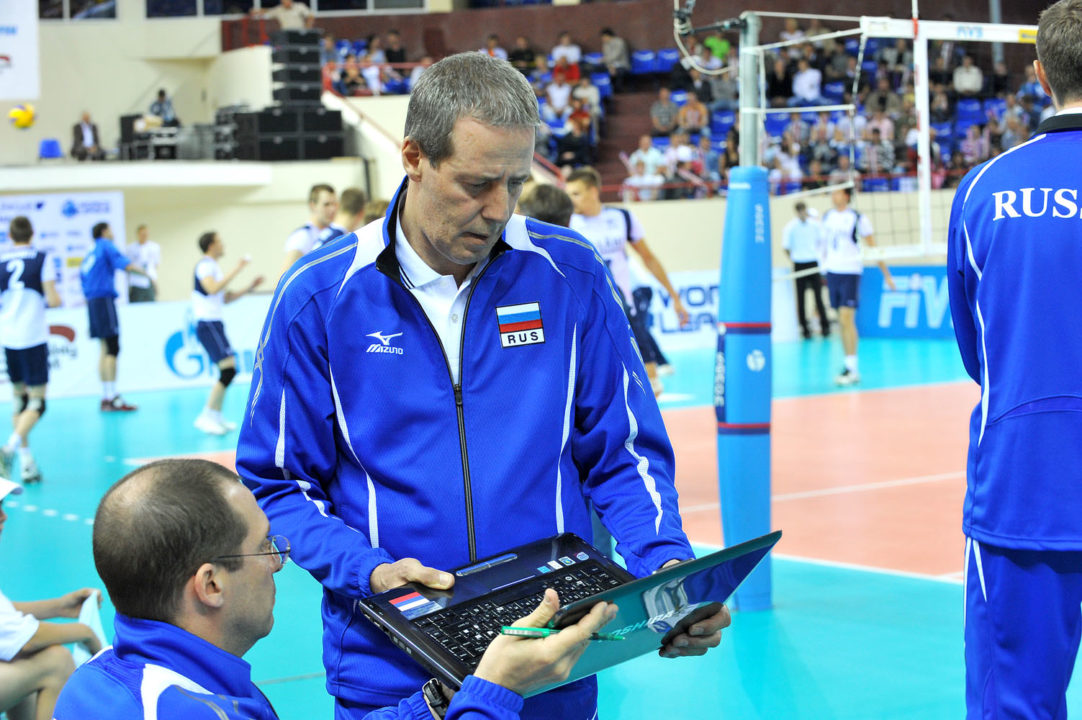 The former head coach of the Russian National Team will get a second year in his effort to rebuild Russia's Ural Ufa men's club team. Archive Photo via FIVB

64-year old Italian coach Daniele Bagnoli has signed an agreement to extend his time with Russian men’s side Ural Ufa. The team has been in the Russian Volleyball Super League since 1996 and had their best-ever finish in Russia with a 2nd-place finish in 2013.

Bagnoli joined the side as head coach this season after a year spent with Italy’s Top Volley Latina. One of the best-traveled coaches in the world, he won a Russian Super League title in 2008 as the head coach of Dynamo Moscow. He also spent a year as the head coach of the Russian Men’s National Team from 2009-2010, where they won bronze and silver medals, respectively, at the FIVB World League.

In his first season with Ural, the team finished 9th out of 14 teams in the regular season and beat Yugra-Samotlor 3 matches to 1 in a best-of-5 relegation playoff round. The team finished with a 13-13 record, which is the same record that they had in the 2016-20217 season (where that result was good for 7th place). They lost in the first round of a play-in to the playoff Top 6 – the playoff format this year was switched to a standard 8-team braket, with each round being best-of-3.