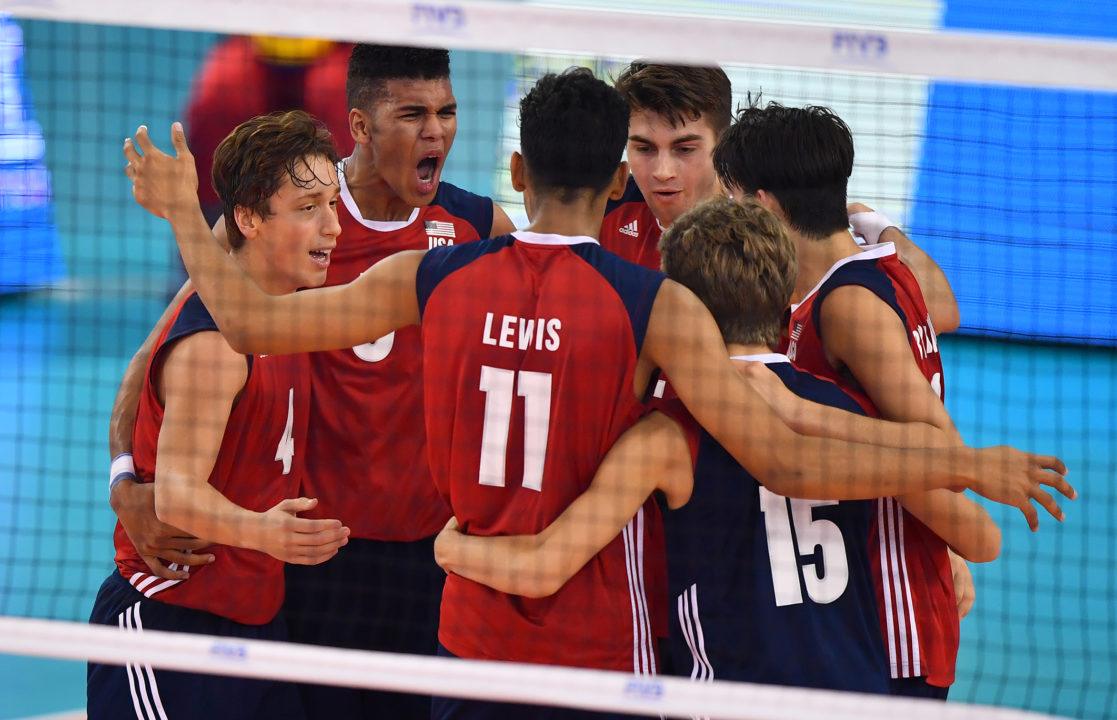 Team USA men have the return of Matthew Andeson, Max Holt and Aaron Russell at their expense for the World Grand Champions Cup that will take place in just two weeks.  Current Photo via FIVB

Team USA men have the return of Matthew Andeson, Max Holt and Aaron Russell at their expense for the World Grand Champions Cup that will take place in just two weeks. The team has announced their preliminary roster for the event, to which head coach John Speraw can use a mixture of youth and experience at the event.

Over the summer, these three players took time off this summer – Anderson and Holt with the much-needed rest after the Olympics and club season, Russell is recovering from an injury suffered with his club team.

Team USA has relied on youth in this summers competitions, including the FIVB World League, where players like Taylor Sander, Jeff Jendryk and Ben Patch made a name for themselves on the squad. The team’s libero, Erik Shoji also proved to be an extremely valuable asset for the Americans along with setter Kawika Shoji.

Sander posted 146 points in the opening rounds of the World League, ranking third overall. These 146 points comprised of 118 kills, 15 blocks and 13 aces. Patch also made a top-10 performance for Team USA with 126 points on 111 kills, 14 blocks and one ace.

The men will open up with Japan on September 12, followed by Iran, France, Brazil and Italy on September 17 when the competition concludes.