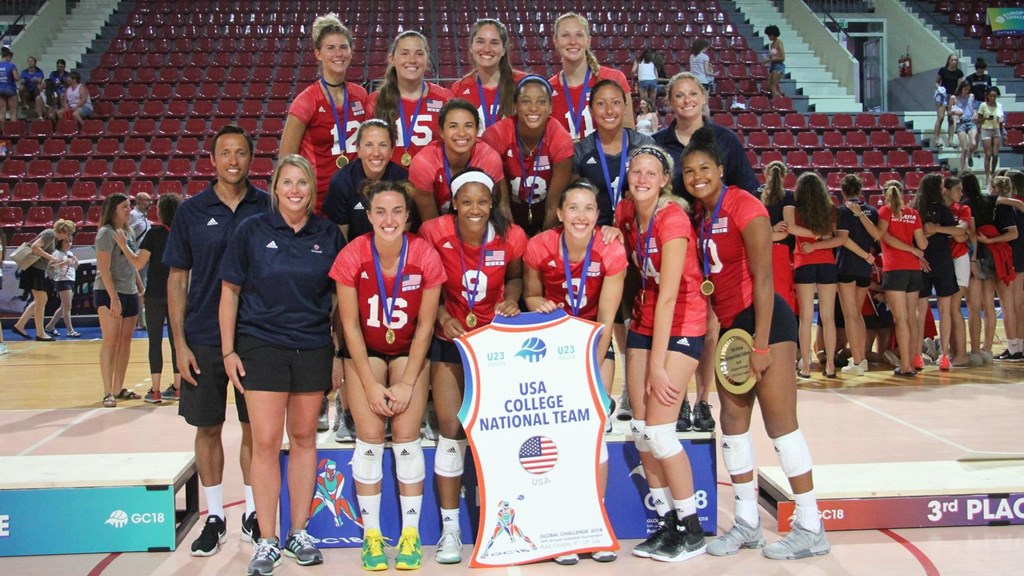 A pair of American collegiate all-star teams faced off on Friday in the gold medal match at the European Global... Archive Photo via Global Challenge 2018

A pair of American collegiate all-star teams faced off on Friday in the gold medal match at the European Global Challenge, and the USA Volleyball Collegiate National Team knocked off the Mountain West Conference All-Stars to win the tournament in Pula, Croatia.

“I was really proud of the way the team came out today,” USA Volleyball CNT head coach Dani Busboom Kelly said. “They were very focused and played their best match of the trip on the last day. That says a lot about how the team has grown and changed over the 10 days. This team was a dream to coach because there were no issues; they were fun, everyone was really supportive, and they are all great players. Even though we didn’t get everyone in every single match, it felt like we really could have put anyone in and not miss a beat.”

It was a serve-and-block victory for the U.S. They out-blocked the Mountain West team 15-7, and had an 11-4 advantage in aces. Tournament MVP Taylor Mims, a rising senior, had 7 of those aces and was named the tournament MVP.

Leah Edmond (Kentucky) led Team USA with 8 kills, while the final addition to the team Jess Schaben (Iowa State) had 6.

The Croatian Junior Team won the U17 tournament ahead of the Czech Republic and a youth all-start team from the Southeastern United States.