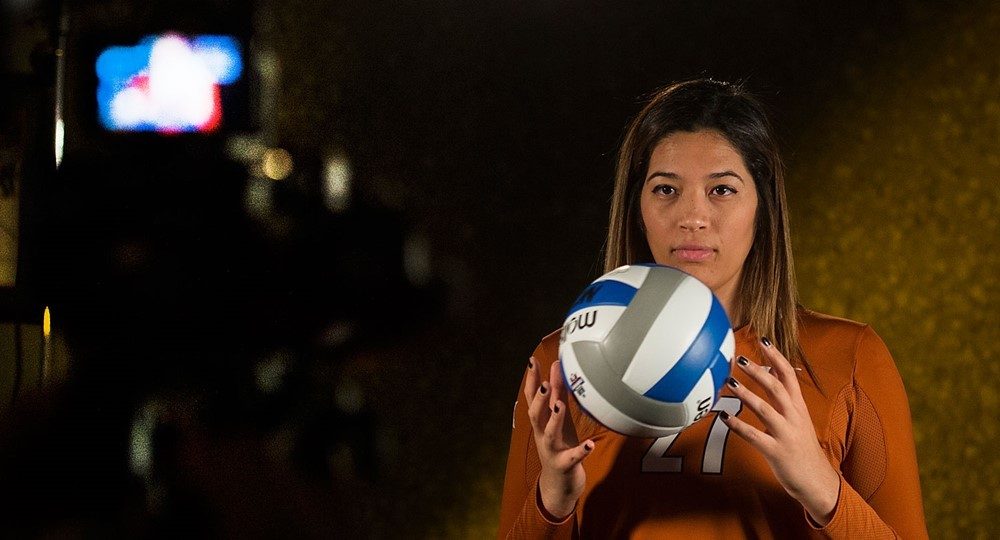 Texas opposite Yasmeen Bedart-Ghani led the Americans in scoring in both matches. Archive Photo via Texas Athletics

USA Volleyball has announced a 5-match tour stop for it’s 2017 College National Team tour in Bangkok, Thailand. The tour is one of 3 being sponsored for female players by USA Volleyball this summer, with the other two heading to Europe and the third training and competing domestically in Minneapolis.

The schedule includes 3 matches against the Thai National Team and 2 against professional Thai teams.

Those first two games resulted in a split for the Americans, losing in the opener against the professionals and then defeating the National Team.

The team will wrap up their tour with another match against Bangkok Glasss on May 24th and the Thai National Team again on May 25th and May 29th.

The Thai champions, Thailand Supreme, overmatched the Americans in their tour opener, sweeping all 5 sets in a modified format. The Americans were led by double-digit scoring from Chiaka Ovbagu (10) and Yaasmeen Bedart-Ghani (13).

In their match against the Thai National team, the Americans showed the difference in styles between east and west. While Team USA out-blocked Thailand 17-8 and hit just .186, a relentless back-row defense and strong service game from Thailand kept the match competitive.

University of Texas-based Yaasmeen Bedart-Ghani led the Americans with 19 points in 2-and-a-half sets. Every player on the American team started at least 2 sets on the day, with a focus on experience rather than pure performance.

Bedart-Ghani is one of 4 Longhorns on the roster, who alongside Micaya White (4 points), Morgan Johnson (9 points), and Chiaka Ogbogu (12 points) carried the day for the Americans. The team is also coached by University of Texas head coach Jerritt Elliott.

The only Non-Longhorn in double-digit scoring include Jordan Thompson, who had 12 including 10 kills.