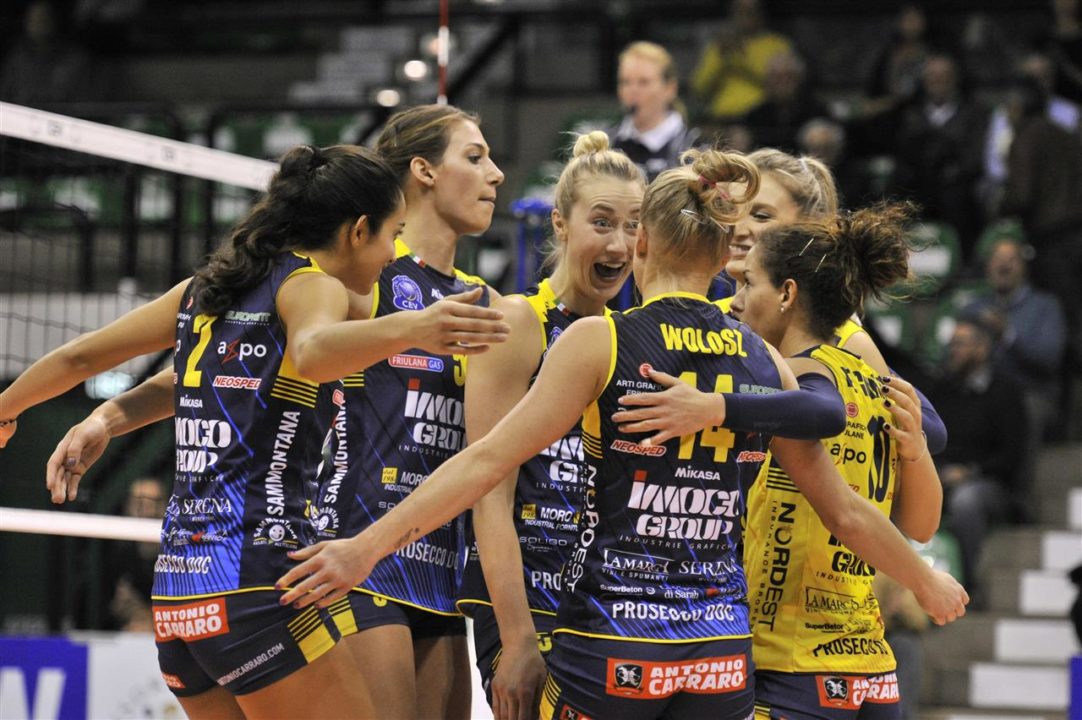 The third round of the women's 2018 CEV Champions League has concluded with four teams advancing to the fourth round while another four were eliminated.  Current Photo via CEV

The third round of the women’s 2018 CEV Champions League has concluded with four teams advancing to the fourth round while another four were eliminated. The teams that will move on are VakifBank Istanbul, Imoco Volley Conegliano, Developres SkyRes Rzeszow and Maritza Plovdiv.

The fourth round for the women will begin on December 12 and conclude on February 27, 2018. From there the playoffs phase will take place followed by the final four.

VakifBank took another easy win over Minchanka in straight sets to advance to the fourth round of the Champions League. Leading the squad to the easy win was Lonneke Sloetjes with 14 points with 11 being kills.

Maritza made a huge comeback to take down Yenisei in the third round of the Champions League. Maritza fell behind in the match 0-2 and made a comeback to win the next three sets. Yenisei won the first meeting between the two teams in the third round pairings which set up a golden set – meaning there was a tie and they had to play one more set to 15 to determine the outright winner – with Maritza on top.

Rzeszow needed four sets to take down Nova KBM to advance to the fourth round of the Champions League. Helene Rousseaux led Rzeszow with 16 points but was not the overall scorer of the match as Iza Mlakar posted 31 points in the loss.

Imoco Volley dominated their match over Sliedrecht as they only allowed their opponent to score 29 points in the short match. The top-four scorers of the match all came out of Imoco with Samantha Estephania Guadalupe Bricio Ramos leading the way with 12 points while Anna Nicoletti added another nine and Laura Melandri and Kim Hill posted another eight.