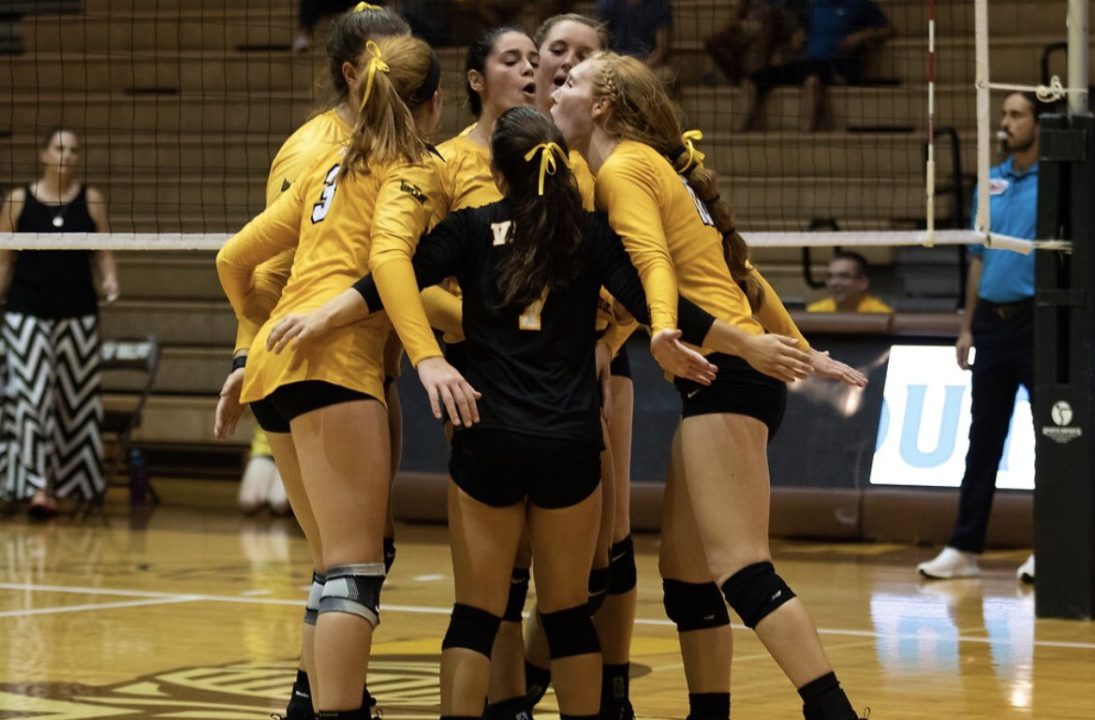 Monday night in the Missouri Valley Conference stayed true to form as all four home teams defended their courts successfully. Loyola Chicago swept Missouri State and Valparaiso swept Southern Illinois to remain tied atop the standings at 3-0. Northern Iowa sits just a half game back after it swept Indiana State and Drake picked up its first conference win, knocking off the Evansville Purple Aces 3-1.

Valparaiso continued its impressive season Monday night. The Crusaders swept Southern Illinois to win their 10th straight match overall and remain tied for the lead in the Missouri Valley Conference. The 16-2 start to the season is the best in program history.

In the first set, the visiting Salukis gave Valparaiso all it could handle. After a back and forth set, the Crusaders broke free from an 18-18 tie with a 5-0 run to take control of the set. Southern Illinois would score the next three, but Valparaiso would get the final two and the first set, 25-21.

The Crusaders stepped on the gas in the second set, as they raced out to a 13-8 advantage. Valparaiso kept the pressure on and pushed the lead to 10 at 20-10 before closing out the second with a 5-3 run.

The third set was all Crusaders as they pushed their lead to 20-11 before the Salukis rattled off a mini 4-0 run of their own. The run would be too little too late as Valparaiso finished off Southern Illinois 25-18.

Some photos from tonight as the Panthers moved to 2-0 in @MVCsports play. #UNIFight pic.twitter.com/8Tvd3w3z3z