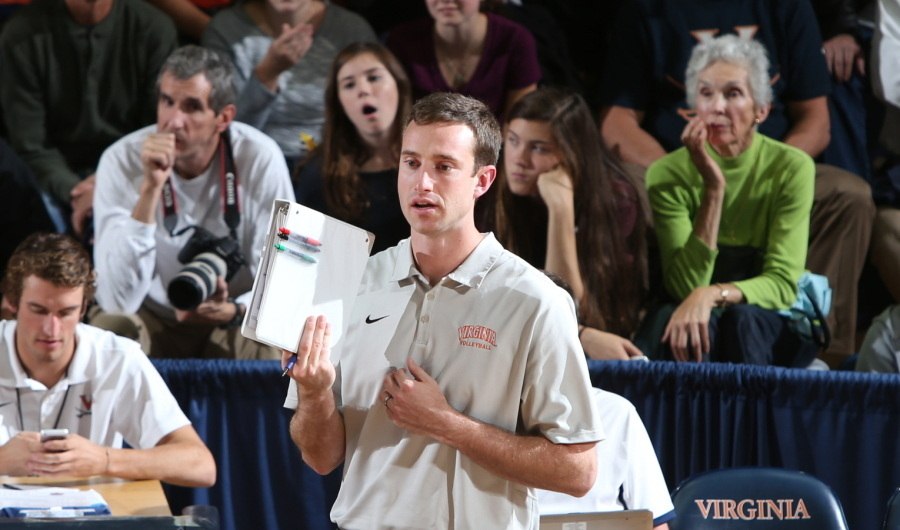 The University of Virginia has announced Aaron Smith as the school’s new head women’s volleyball coach. The move is a promotion... Archive Photo via Virginia Athletics

The University of Virginia has announced Aaron Smith as the school’s new head women’s volleyball coach. The move is a promotion after Smith spent the last 5 seasons as an assistant coach and associate head coach with the Caveliers. Smith replaces his former boss Dennis Hohenshelt, who resigned from the post  in January.

“I am pleased to announce the promotion of Aaron Smith to lead our volleyball program,” acting director of athletics Jon Oliver said. “I have been impressed with Aaron during his time as our interim head coach, particularly his rapport with the student-athletes on the team. He understands there is a tremendous amount of work to be done for the volleyball program to reach our goals.”

Smith becomes one of the youngest head coaches in major Division I volleyball. In 2013, he was awarded an AVCA Thirty Under 30 award as one of the best coaching talents, at any level, under the age of 30.

Smith has focused on the team’s hitters, both outside and opposites, and has led 3 players into the 1000 kill club.

When Hohenshelt and Smith both joined the program in 2012, they were coming off a 10-20 season, and were at the bottom of the ACC table with a 3-17 record in the conference. After a slow start (9-22), the team had 3-straight winning seasons before a backslide last season to a 7-25 record: the worst since the pre-NCAA era in 1980.

Prior to his time at UVA, Smith spent 3 seasons at Northwestern from 2009-2011, and 1 season at Wake Forest in 2008. In his 9 seasons as an NCAA assistant, even with teams without great histories, he’s had only 2 losing seasons – his first and most recent at Virginia. That includes 2010 where Northwestern made the NCAA round of 32 for only the 2nd time in program history.

As a athlete, he was the Virginia High School Player of the Year at Monacan High School before going on to play both libero and outside hitter at Penn State.