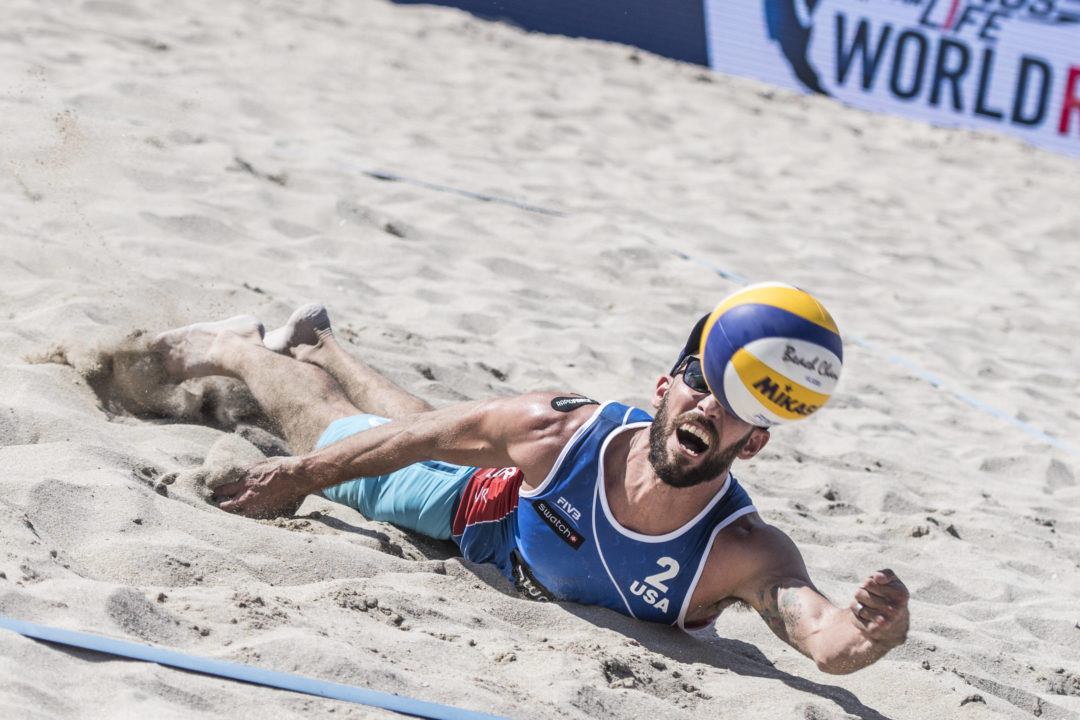 Not only are both players Americans, but both grew up in the state of Florida. Dalhausser was born in Switzerland but went to high school in Daytona Beach, Florida and college at the University of Central Florida. For a short time after college, before really making his break onto the pro beach scene, he actually worked for a firm that painted the stripes on Florida highways.

Lucena is a native of Ft. Lauderdale, the tournament’s host, itself, and attended Florida State University in the panhandle.

In this video, the pair discuss the etymology of their partnership, and how they came to be. The veterans also talk about how their personalities mesh on the court and how they feed off one another (mostly for good, in their words).

The pair won their 2017 debut on Wednesday with a 2-0 win over Brazilian pair Harley Marques and Ricardo Santos. The pair took silver the last time this series came to Ft. Lauderdale in 2015.

See the interview with the pair below: