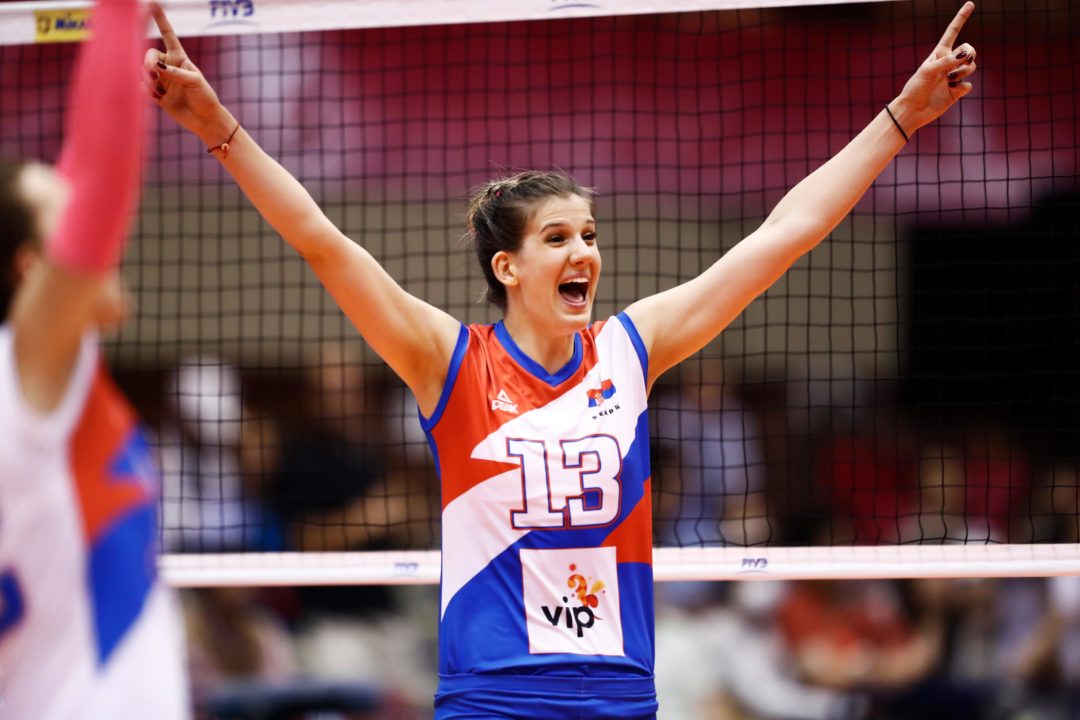 Volero Zurich is trying to beef up its 2018 CEV Champions League roster. Current Photo via FIVB

Volero Zurich has signed Serbian Ana Bjelica and Cuban Liset Herrera to contracts, according to Melhordovolei.com.br.

The 25 year old Bjelica, who recently won the 2017 CEV European Championship with the Serbian national team, has played in her shared of international leagues around the world, which includes stints in Poland with Chemik Police, Turke with Salihli Belediyespor, and Brazil with Nestlé Vôlei/Osasco. Most recently, she was playing in her homecountry with Crvena Zvezda, but had an opt-out rule on her contract in case any foreign team tried to sign her.

Herrera, on the other hand, made huge news this year when se defected from Cuba by staying in Slovenia at the end of the 2017 FIVB Women’s U23 World Championship, alongside her teammate Heidy Casanova, who is now signed to France’s Le Cannet. Herrera, although only 19 years of age, has lots of international experience, being called upon the Cuban adult and youth squads for various tournaments.

Volero Zurich is currently in 4th place of their domestic league standings, with a 15-4 record. It is faring much worse in its 2017-18 CEV Champions League campaign, having lost its first two games against Romania’s Alba Blaj and France’s ASPTT Mulhouse. Its next game will be today (Jan. 25) against Poland’s Developres SkyRes Rzeszów.

Volero Zurich is one of the most regarded clubs in the world and especially in the Swiss volleyball league. With this in mind, they have not been a strong powerhouse internationally in the past few years and most likely because of their weaker national schedule. This now has the higher-ups in the club thinking about relocating the women’s program to another country, to build up their powerhouse program with better competition. What better place to do this than in the French Women’s Serie A1 league?