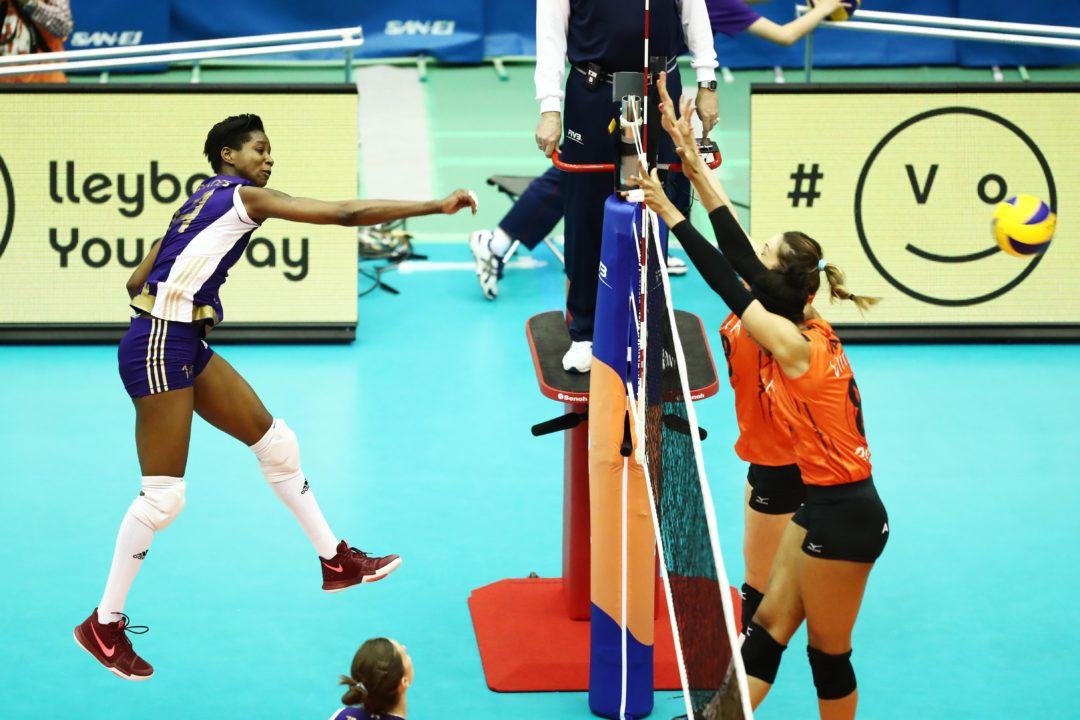 In what was the most difficult match of the Club World Championships, thus far, Volero was able to stun the defending champions Eczacibasi in a three-set sweep. Olesia Rykhliuk led the way for Volero with 16 points while Tijana Boskovic tried to bring the heat for Eczacibasi with 17 points.

Strong blocks and a solid offense led Volero to their first two sets. The fourth set was more of a challenge and a battle for each team. Rykhliuk came in strong late to tie the third set at 24 all, with an Eczacibasi error and a Foluke Akinradewo kill Volero was able to come out on top.

Osasco was led by Ana Beatriz Correa and Tandara Caixeta who combined for a total of 30 points in the win. Correa put down eight kills, four blocks and four aces while Caixeta added 10 kills, three blocks, and one ace.

Osasco was able to dominate in all three sets, with an impressive start to the competition of 25-15 in the first set. They held NEC Red Rockets to below 20 points in all three sets of the match.

Eczacibasi will try to redeem themselves against Osasco while Volero looks to continue their dominance over NEC Red Rockets.