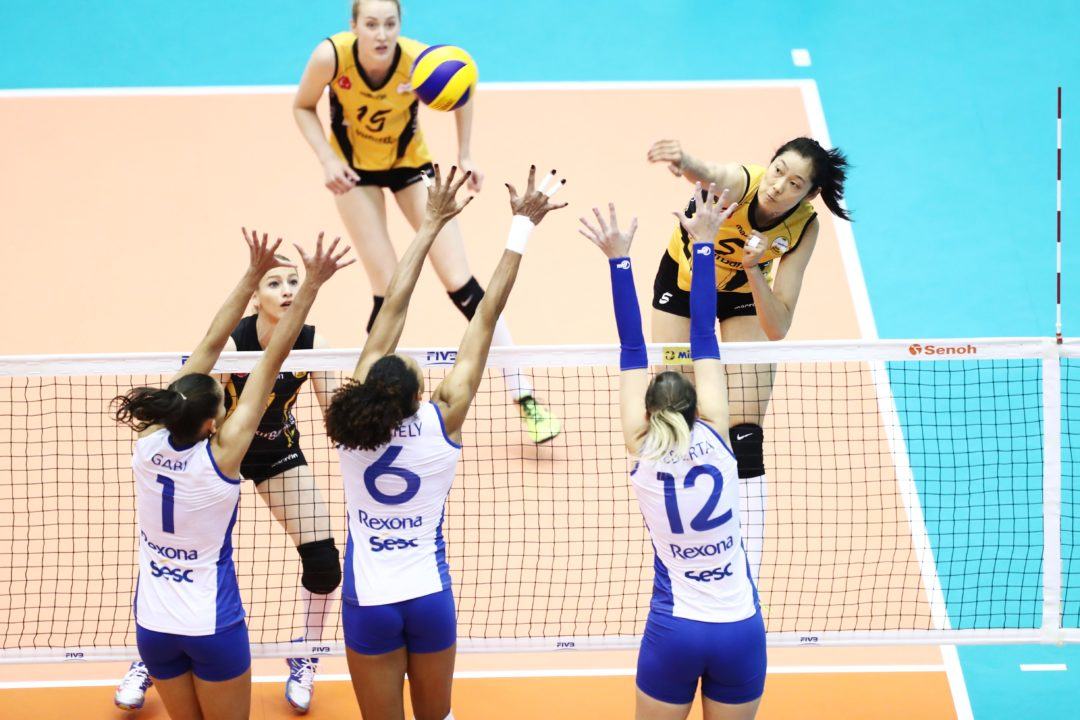 Ting scored 69 points, including 56 kills, nine blocks and four aces, while converting 48 percent of her hitting attempts at the tournament. Current Photo via FIVB

Zhu Ting did it all to lead her Vakifbank Istanbul team to the gold medal at the FIVB Women’s Club World Championships and it paid off with not only a championship, but MVP honors for the tournament.

Ting scored 69 points, including 56 kills, nine blocks and four aces, while converting 48 percent of her hitting attempts.  She tallied 19 points in the finale (16 kills, 3 blocks) and managed 18 points (15 kills, 1 block, 2 aces) in the semifinals. The outside hitter would surely have amassed more points, but she did not play in the team’s final pool play match with a semifinals berth already secured. Ting also was named as one of two outside hitters on the World Championships Dream Team.

Joining Ting on the Dream Team was teammate Kubra Akman, who was named as one of the best middles in the competition. Akman managed 1.00 blocks per set, putting up 17 stuffs in the tournament.

Outside Gabriela Guimaraes of the silver medal Rexona SESC squad was named best outside alongside Ting. Guimaraes put down 53 kills and added nine blocks and three aces.

Silvija Popovic, libero for bronze medal winners Volero Zurich, earned the best libero award. She pulled up 32 digs and handled her serve reception duties at a 60.91 percent efficiency, best among all players.

Fourth-place finisher Eczacibasi Vitra Istanbul saw opposite Tijana Boskovic earn a spot on the squad. Boskovic managed 96 points, second most of any hitter (78 kills, 8 blocks, 10 aces) and pounded down her kills with a 52 percent success rate (78 of 150), best of any player. Her 10 aces were most by a single player in the tournament.

Dynamo Moscow, which finished in fifth place, was represented by Maja Poljak, who racked up 1.56 blocks per set, with 28 total in the team’s five matches, the best output of any player.