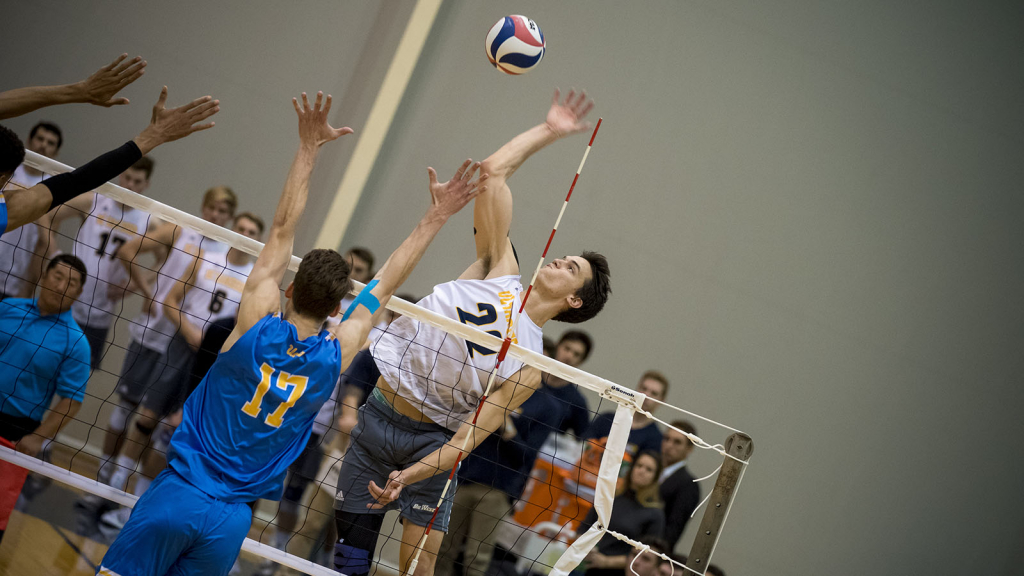 Senior opposite Tanner Syftestad had a solid all-around weekend, hitting, blocking and in the backcourt for UC San Diego, earning him VolleyMob Player of the Week honors.  Current Photo via UCSD Athletics

Senior opposite Tanner Syftestad had a solid all-around weekend, hitting, blocking and in the backcourt for UC San Diego, earning him our VolleyMob Player of the Week nod.

Syftestad averaged 5.20 kills, 1.90 digs and 1.00 blocks per set, while hitting .288 as UCSD went 2-1 on the week. The Sacramento, California, native notched match-high 14 kills and four digs, while hitting .324 in a three-set loss to UCLA. He then tacked on team-best 14 kills, four digs, four aces and three blocks in a sweep of UC Santa Cruz. The senior wrapped up the week by registering 24 kills and a career-high 11 digs for a double-double vs. Concordia, while also putting up a team-best seven stuffs. UCSD is off to a 5-1 start, its best since 1996 (6-0).

Corey Chavers, UC Santa Barbara – Jr., OH
Averaged 6.00 kills and 1.5 blocks per set, while hitting .333 against Pepperdine; notched a career and match-high 24 kills, six blocks and two aces, while making good on 24 of his 25 serve reception chances in the four-set upset road win over the Waves; Big West Player of the Week