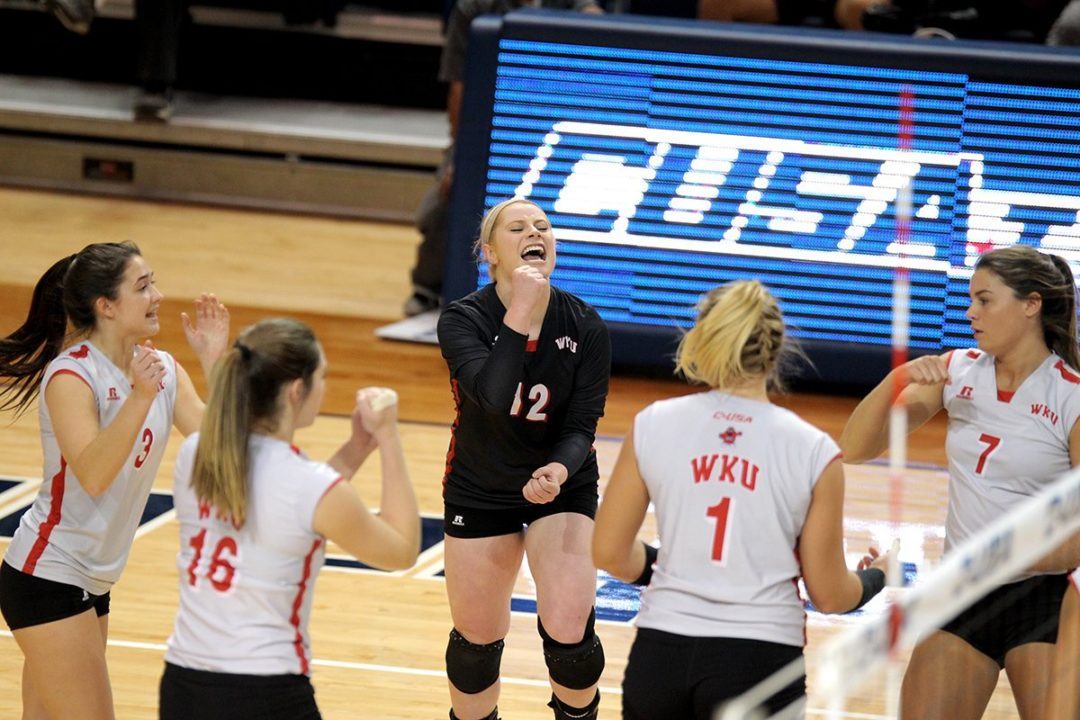 The Western Kentucky Hilltoppers enjoy one of the most distinct home-court advantages in all of college volleyball. Since they joined... Current

The Western Kentucky Hilltoppers enjoy one of the most distinct home-court advantages in all of college volleyball. Since they joined Conference USA in 2014, the Hilltoppers have a combined home record of 36-2, which is the 4th-best in Division I women’s volleyball over that period.

Even more spectacular is WKU’s perfect record at home in Conference USA matches in their 3 seasons, and overall 45-match home conference winning streak that extends back to their days in the Sun Belt Conference. Their last home conference loss was on October 4th, 2011, where they dropped a 3-1 decision to Middle Tennessee State. That was one of only 4 losses for the team that season.

The Hilltoppers will put that perfect record to the test in 2017. In Conference USA, teams play a single round-robin regular season and the automatic bid to the NCAA tournament is decided by a conference championship tournament – a rarity in modern women’s D1 volleyball. This season, they play Southern Miss, Marshall, and UTSA all at home, which represent the 2nd, 3rd, and 4th place teams in the Conference USA regular season last year.

Head coach Travis Hudson has assembled a pretty typical run of out-of-conference matches for his team this season. That includes a handful of tough Power 5 opponents mixed with a group of solid mid-major opponents. The highlights this year are an opener against in-state rivals Kentucky on August 16th in Lexington. They’ll also travel to the Louisville Tournament, where they’ll face Illinois and Louisville – two teams who have big pedigrees but suffered down years last season and missed the NCAA tournament. Both Illinois and Louisville have new coaches this season.

“We understand the challenge ahead of us with this schedule,” Hudson shared. “We’ve been ranked at some point in each of the past six seasons and we want to continue to give our players a chance to compete at the national level and be challenged.”

The Hilltoppers will also welcome in ACC foes Pitt to their hosted tournament, along with St. Louis and Eastern Tennessee State. Pitt and St. Louis both graduated big stars last year (including the nation’s leading scorer for the latter), and so might be lighter competition for WKU than they were when they played last season.

In 2016, WKU had the best regular-season record in Conference USA and also won the conference tournament, beating Rice on Rice’s home court 3-2 in the championship match.

The Hilltoppers fell to Boise State in the opening round of the NCAA tournament.