Washington Brings in Three Freshmen, One Transfer for Fall of 2017 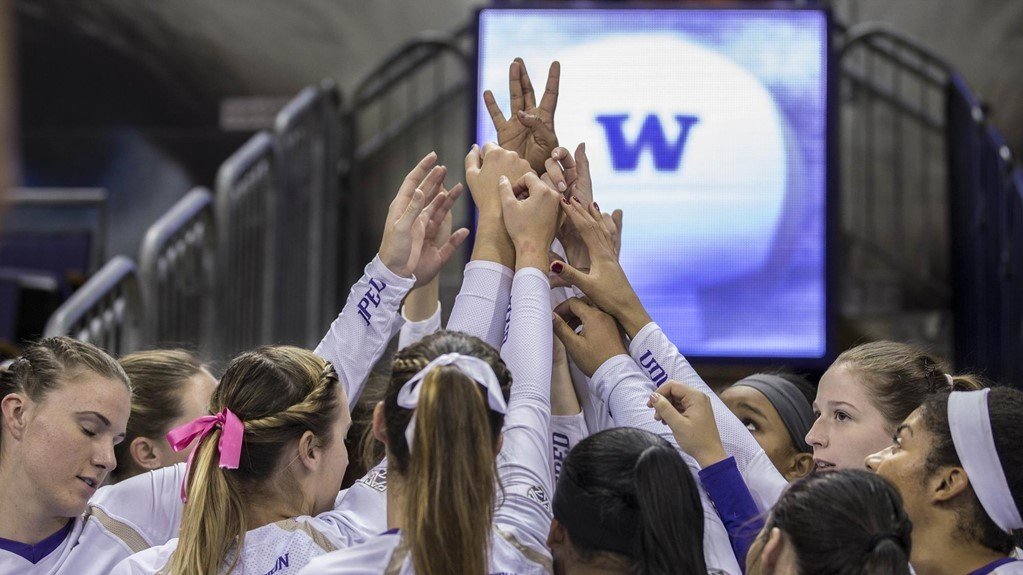 The Washington Huskies are tacking on four newcomers to an experienced roster in 2017. Archive Photo via Washington Athletics

Washington advanced to another Regional Final before Nebraska put an end to their season again, but 2017 looks even brighter than the 2016 season when the Huskies won the Pac-12. Beyond returning all but one starter, the team adds four newcomers – three incoming freshmen and one transfer.

Lauren Sanders leads the incoming youngsters, as the middle blocker earned Under Armour All-American First-Team honors. As an in-state recruit, the 6’4″ Sanders loves the idea of playing near her home.

“I knew that choosing UW meant not only being part of a team, but a family,” Sanders said at the time of the Washington release. “I loved the idea of playing close to home at a school with great academic and athletic reputations. The volleyball community at UW is definitely something special, and the coaching staff is so incredible and supportive. I grew up going to UW volleyball games even before I knew I was going to play in college, and I can’t wait to finally be a part of it.”

The other two incoming freshmen are Natalie Robinson and Emma Calle. Robinson is a setter from Mercer Island, Washington while Calle is a defensive specialist/libero out of Villa Park, California.

Oklahoma transfer Marion Hazelwood rounds out the bunch after the three-time AVCA All-America Honorable Mention middle blocker opted to head to Washington for her final season. Hazelwood has 753 kills and and 344 total blocks in her collegiate career.

The incomers will add to the depth and talent of an already loaded roster. Pac-12 Player of the Year and AVCA First-Team All-American Courtney Schwan leads the charge of returnees and will have plenty of help with Second-Team All-Americans Crissy Jones (outside hitter) and Bailey Tanner (setter) coming back. In total Washington departs just one starter from a team that went 29-5 in 2016.