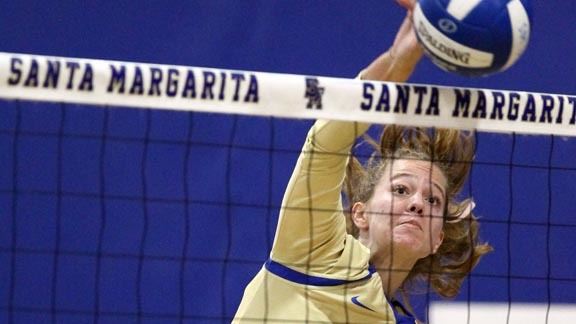 We’ll start from the top of last year’s final rankings with No. 1 Stanford.

The defending national champion Cardinal are adding four players to their ranks.

“We are excited to have this group join our program,” newly minted head coach Kevin Hambly said in Stanford’s announcement. “They will add depth to our roster and bring an energy to practice each and every day. The thing that impresses me the most about the group is their serve receive and ability to play defense at a high level. I am looking forward to getting them in the mix with the returning players.”

Formico comes from a family lineage of collegiate stars, as she claims current Stanford volunteer assistant and UCLA standout Taylor Formico and four-time Olympic medalist and Stanford Athletics Hall of Famer Kerri Walsh Jennings as cousins. Kate is a star in her own right as well, earning PrepVolley, FloVolleyball and MaxPreps All-America honors in 2016. She won three state titles with Archbishop Mitty High School in San Jose and garnered first team all-state accolades as a senior. Formico also garnered AMHS Scholar Athlete of the Year honors. A member of the Vision Volleyball and Encore Volleyball Clubs, Formico also has excelled on the beach, earning an AAA beach rating in 2015.

McClure garnered second team AVCA/Under Armour All-America accolades in 2016 after leading her Santa Margarita Catholic team to the CIF-SS Division I crown and a runner-up finish at the 2016 Open Division California State championships. McClure’s teams also won three straight Trinity League titles as she earned All-America honors each of her final three seasons. The 2016 CIF SS 1AA Player of the Year and Trinity League Female Athlete of the Year won a silver medal at the 2016 Junior National Championships with her Laguna Beach Volleyball Club team. McClure also grabbed bronze with Laguna Beach in 2012.

Sharp has championship experience as well, leading her Miramonte High School team to a third-place finish at the CIF NorCal Division III playoffs and a second-place effort in the North Coast sectional. The four-time NCS Scholar-Athlete garnered first team all-league accolades in 2016. Sharp also has competed at a high level on the club scene as her Absolute Volleyball  Club team qualified for the Junior Olympics in 2015 and 2016 and finished fifth at the event in 2017.

Wilson led her Havergal College team to the 2017 Provincial title after a runner-up finish in 2016. Her teams also won four straight conference titles, while Wilson garnered MVP and Havergal Volleyball Miguay Cup accolades in 2016. The outside hitter led the Leaside Lightning Volleyball Club to a third-place finish in Ontario in 2017, while her Ontario Provincial Indoor Team competed in the Canadian National Team Challenge Cup. Wilson earned Ontario High School Performance Center selection in 2015 and 2016.

The quartet looks to replace Inky Ajanaku and Kelsey Humphreys, who graduated; Ivana Vanjak, who is forgoing her senior season; and Halland McKenna, who is leaving the program. 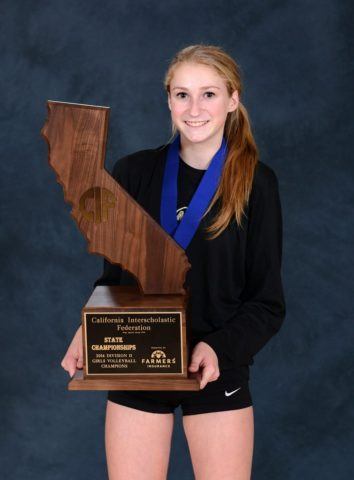