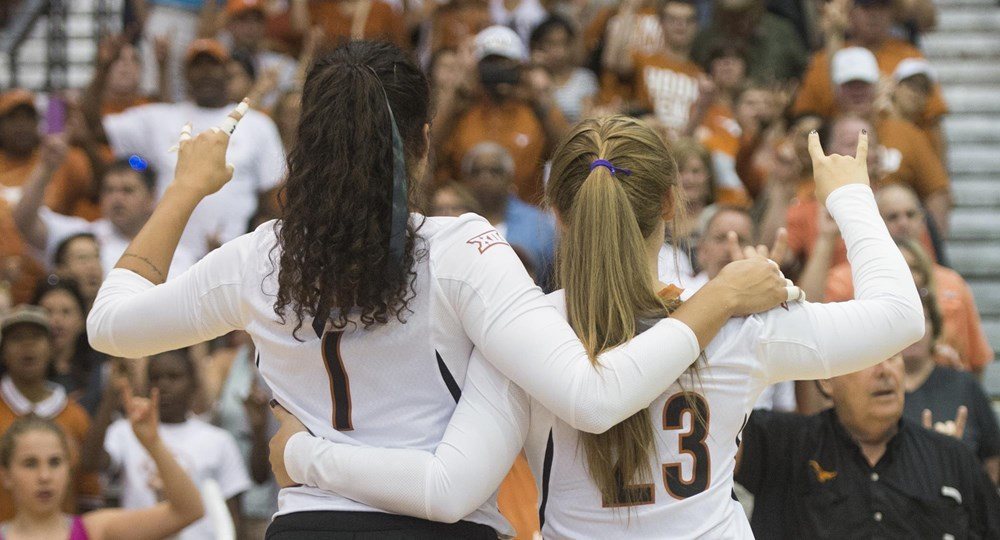 Three players in the top six nationally, including the Gatorade National Player of the Year, highlight the incoming freshman class for national runnerup Texas. Archive Photo via Texas Athletics

We’ll start from the top of last year’s final rankings.

The group includes three of the top six recruits nationally according to PrepVolleyball.com, with Sun coming in at No. 1, Butler at No. 2 and Shook at No. 6. The trio also garnered Volleyball Magazine Fab 50 honors.

Shook was named as an AVCA/Under Armour first team All-American in November, while Sun garnered Gatorade National Player of the Year honors.

Olivia Zelon, a 5-6 libero from Santa Monica, Calif., joined the team in January alongside Butler.

The Longhorns, which finished the season at 27-5 and as the national runners up, return All-Americans Ebony Nwanebu (First Team; Jr., OH) and Micaya White (First Team; Fr.; OH).