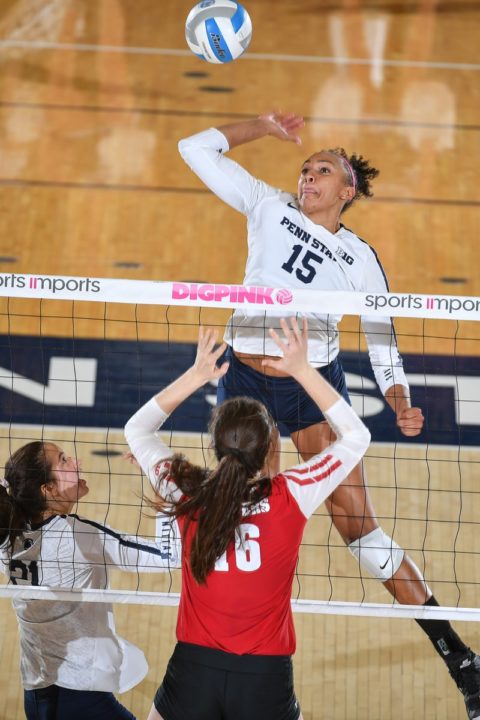 Twenty-eight students from 17 different sports were honored with the prestigious award, which was established in 1915 and was the first award in intercollegiate athletics to demonstrate support for the educational emphasis placed on athletics. Current Photo via Penn State Athletics

ROSEMONT, Ill. – The Big Ten Conference celebrated its 104th class of recipients who earned the esteemed Big Ten Medal of Honor earlier this year. Twenty-eight students from 17 different sports were honored with the prestigious award, which was established in 1915 and was the first award in intercollegiate athletics to demonstrate support for the educational emphasis placed on athletics.

The Big Ten Medal of Honor is awarded to one male and one female student from the graduating class of each member institution who has demonstrated excellence on and off the field throughout their college career.

Big Ten schools currently feature more than 9,500 students competing in intercollegiate athletics, but only 28 earn this prestigious award on an annual basis. In more than 100 years of the Big Ten Medal of Honor, better than 1,400 students have earned this distinction.

The 2018 Big Ten Medal of Honor class of recipients boasts eight Academic All-Americans including the Academic All-American of the Year for men’s at-large sports in Michigan swimmer PJ Ransford. He is joined by Michigan’s Erin Finn, Minnesota’s Carlie Wagner and Derek Wiebke, Penn State’s Haleigh Washington, and Purdue’s Marat Amaltdinov and Ashley Evans on the list of honorees.

Kristen Confroy (women’s basketball) and Alex Leto (men’s track & field) were named Maryland’s Outstanding Big Ten Sportsmanship Award honorees in 2018 and represented their school on the list of individual sportsmanship awards. They were joined by Minnesota’s Wagner (women’s basketball) and Northwestern’s Justin Jackson (football), who were named Big Ten Sportsmanship Award honorees in their respective sports during the academic year.

Both Confroy and Leto, along with Illinois’ Nicole Choquette, Michigan’s Finn and Ransford, and Rutgers’ Michael Rexrode, were recipients of Big Ten Postgraduate Scholarship.